Apart from the aforementioned features such as a raised handlebar and a tall set exhaust, the motorcycle in the photographs also features a rider only saddle, a luggage rack, tall rear fender and off-road spec knobby tyres. 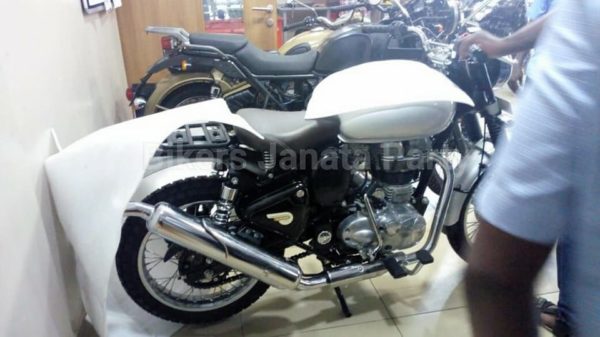 So is it a new model, or a one-off unit that was customised for a customer? In the recent past, Royal Enfield had introduced a refreshed version of its Thunderbird series, christened ‘Thunderbird X’ for the Indian market. Thus, it wouldn’t be completely incorrect to expect a overhauled, and re-branded version of the Classic series — the 350 and the 500 — being introduced in the Indian market. 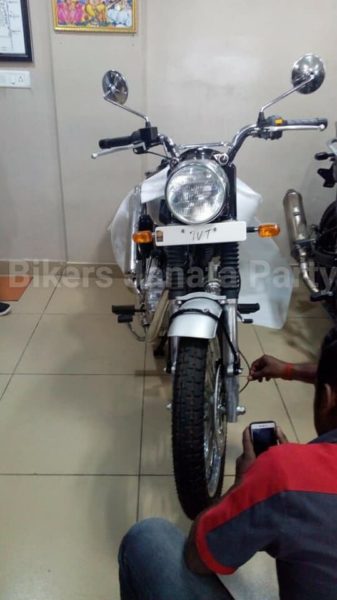 If at all Royal Enfield plans to introduced a overhauled version of the Classic range, the mechanical specifications are not likely change from the standard models.

There’s still no official confirmation about any such model from Royal Enfield.