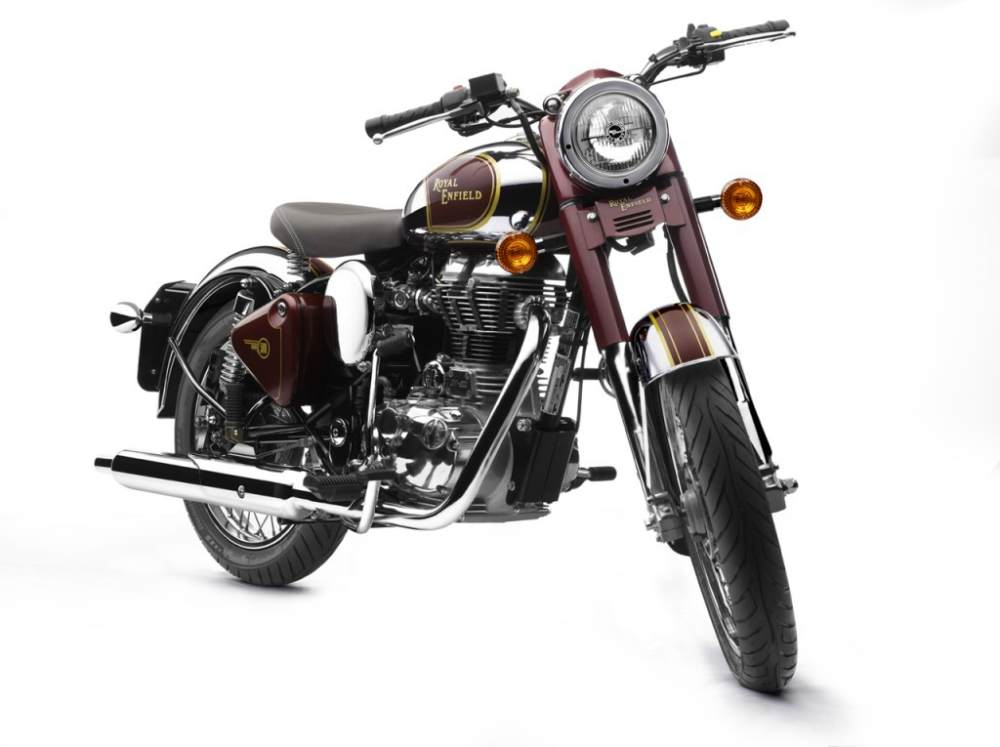 Royal Enfield has announced through its FB page that the company plans to introduce its Classic Chrome 500 model to India. Our regular readers would remember that we told you about the model months back when it was first introduced for the US market. Although the exact dates for the launch have not been announced yet, the launch of the chrome drenched beauty is inevitability now.

The Chrome version of the Classic 500 doesn’t differ much from its regular Classic EFI version in terms of mechanicals and functionality. The engine, transmission and specs would largely remain unaltered, although the possibility of a non-EFI carbureted version for India cannot be denied. The Classic 500 EFI’s 500cc mill is good for 27.2bhp of power and 41.3Nm of car-like torque.

The Classic Chrome 500 sports a rear fender which is completely drenched in chrome. Generous shiny silver treatment has also been given to the toolbox, the tank and the front fender. Expect the Indian version to sport a big 19 inch wheel up front unlike the export variants which have 18 inchers.

The Classic Chrome will sure add a lot of ‘sparkle’ to the world of thousands of RE fans when they take this baby out for a ride on a sunny day.

Sold thus far to the US market only, the Classic Chrome has been around for about a year now. We expect an increment of upto Rs 10,000 over the standard Classic 500.

Would that be a fair increment? How much extra would you care to pay for that extra chrome? Do let us know!