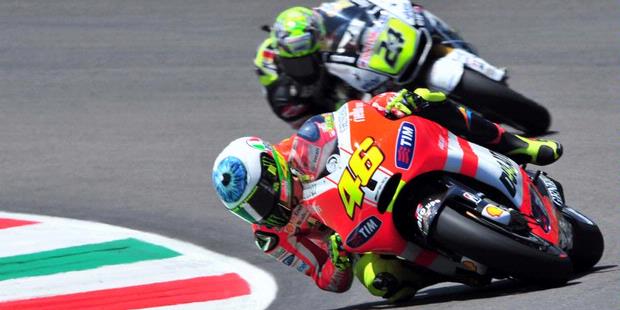 STEFANIA Palma, Valentino Rossi’s says she is worried for Valentino, following the unfortunate passing away of Marco Simoncelli.

La Nazione interviewed Valentino’s mother and she talked about her memories of Marco and Valentino playing football as kids and how the two families are very close. She added that losing Marco feels like losing a family member.

Stefania said she has started fearing for Rossi. However, she added that she’s not afraid of Valentino quitting: “So far Valentio has been lucky and hope has always been a part of his life and when he has been injured he has always healed and looked to move on whereas in the case of Marco and Marco’s mother, when there is death there is no hope.”
We wish to see Rossi back to his numero uno status in Moto GP. We also hope no other racer ever meets a fate like Marco’s and we pray for his soul.