Home News Rossi to race a Ferrari 458 Italia at Monza 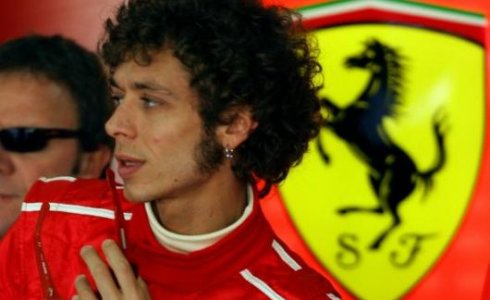 This has to be a great news for followers of F1 and MotoGP. Very popular seven time world champion Valentino Rossi will be seen inside the cockpit of a Ferrari in opening round of Blancpain Endurance Series at Monza on 13-15 April.The magical number 46 will be seen on Vale’s 458 Italia. Rossi;s partner in the Pro-Am Cup Class will be his friend Alessio Salucci. “We really decided on the last minute to participate in the Blancpain Endurance Series event in Monza and to race in partnership with my friend Uccio is a very big pleasure,” said the Doctor.

Stephane Ratel, promoter, Blancpain Endurance Series is happy to have Rossi in the team.
“For many years I have been saying that from all of the world-class drivers and riders, the one I would most like to welcome in GT racing is Valentino Rossi. He is the ultimate motorsport hero and we must hope he will consider joining our championships on a more regular manner at some point in his outstanding career. At Monza, in a Ferrari, we could not have expected a better combination to make the event a success. Welcome Valentino.”

Rossi will be seen battling it out against some big names like David Brabham- Le Mans 24 Hour winner, former F1 star Mark Blundell & Karl Wendlinger and several other from car racing field.

The event consists of Pre-Qualifying round on Friday, Qualifying on Saturday and a three-hour Race on Sunday.