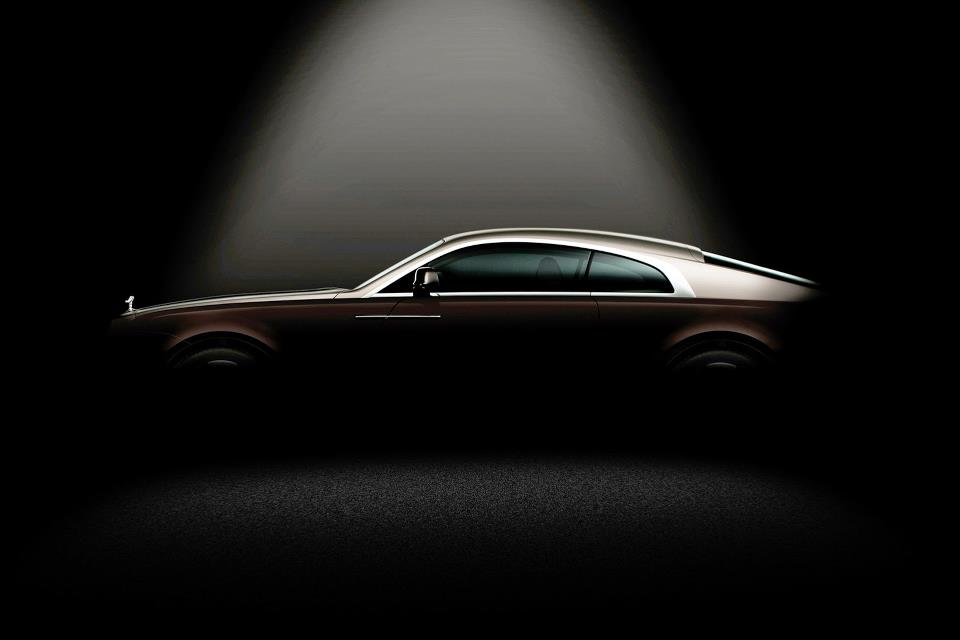 Regulars here would remember that we recently reported in considerable detail about the upcoming Rolls Royce Wraith. The Wraith, which incidentally is a synonym for both Ghost and Phantom, will become the most powerful Roller in the history of automobiles and will be unveiled in March.

What we have here is yet another teaser for the upcoming car and this pic sure gives us a clue about what the new car would look like.

As we said earlier, the Wraith will be a 2-door coupe based on the Ghost and will come with a long hood and suicide doors.

It is being said that the Wraith will be powered by a retuned version of the 6.6-liter V12 engine that powers the Ghost. The engine would have a power output in excess of 600bhp.