After the deluge of August 29, heavy rains have made a comeback and are slowly but steadily bringing the Mumbai and its neighbouring cities to a standstill. Social media newsfeed was flooded (pun intended) with reports of water-logging, tree falls, traffic, trains running late or getting cancelled and so on. 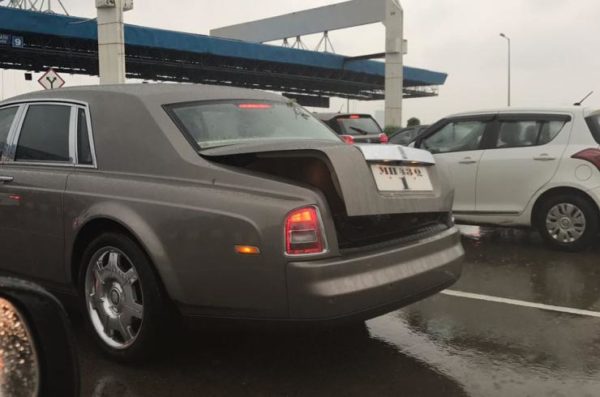 Images that surfaced on the web revealed one such heart wrenching incident of a tree branch that fell on a Rolls Royce Phantom, parked near Inox Cinema in Nariman Point. The impact of the branch falling on the luxury vehicle resulted in damage to the boot lid, C-Pillar and rear right side quarter panel.

The damage is likely to cost the owner a few lakhs to say the least. This Rolls Royce Phantom, which retails at about INR 4-8 crore depending upon the optional features chosen, is owned by Rakesh Kumar Wadhawan, the Chairman of real estate company Housing Development and Infrastructure Limited (HDIL). 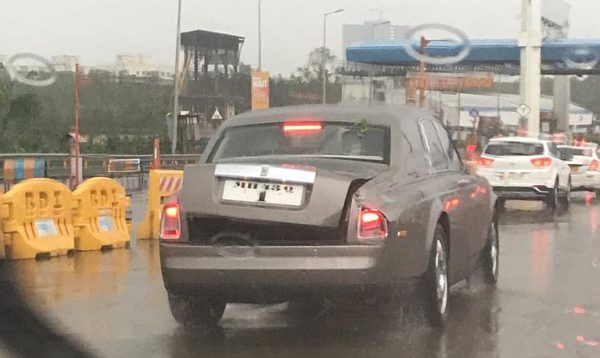 Propelling the Rolls Royce Phantom is a 6.8-litre NA V12 petrol engine that produces a maximum power output of 453 bhp while the peak torque is rated at 720 Nm. Paired to a six speed automatic transmission, power is sent to the rear wheels.