Ahead of its world debut that is slated to take place tomorrow on the web, the all new Rolls-Royce Cullinan have been leaked on the internet. A single image of the brand’s first ever SUV has surfaced online, revealing the complete front fascia of the ‘All-Terrain, High Sided’ model, as the company calls it. 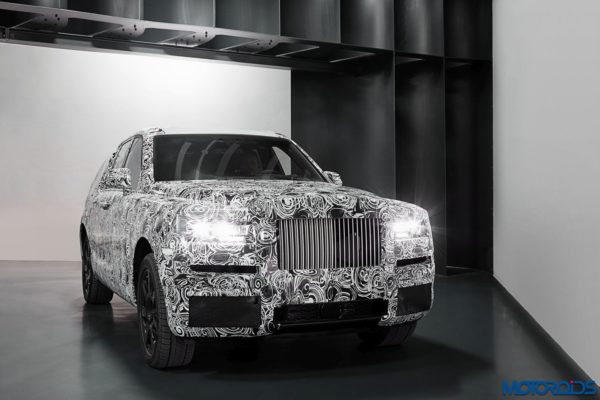 Finished in what seems to be a shade of red, the upcoming Rolls-Royce Cullinan SUV features a front inspired from the new Phantom, replete with the chrome finished grille with vertical slats, the signature Spirit of Ecstasy adorned above and laser headlamps. One can also see the suicide doors located on either side of the vehicle.

Based on a , the Cullinan is the second model after the Phantom VIII to be based on the new ‘Architecture of Luxury’ platform, also known as the aluminium spaceframe platform. This platform will also be the base for all new Rolls-Royce models. The interiors of the Cullinan will feature premium leather upholstery, a special centre console with an iDrive inspired controller and a large fully digital instrument console. Also on offer will be the viewing suite, which, at the touch of a button; will deploy two leather wrapped chairs and a cocktail table from the lower section of the tailgate. 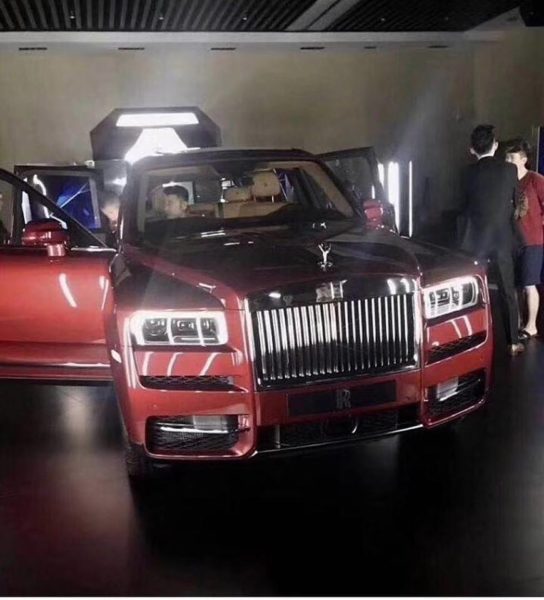 Details regarding the engine specifications of the Cullinan SUV remain scarce at the moment although the model is likely to source power from a 6.75-litre V12 engine under its hood. Upon launch, the Rolls-Royce Cullinan will take on the likes of the Bentley Bentayga, Stay tuned as for the unveiling tomorrow.