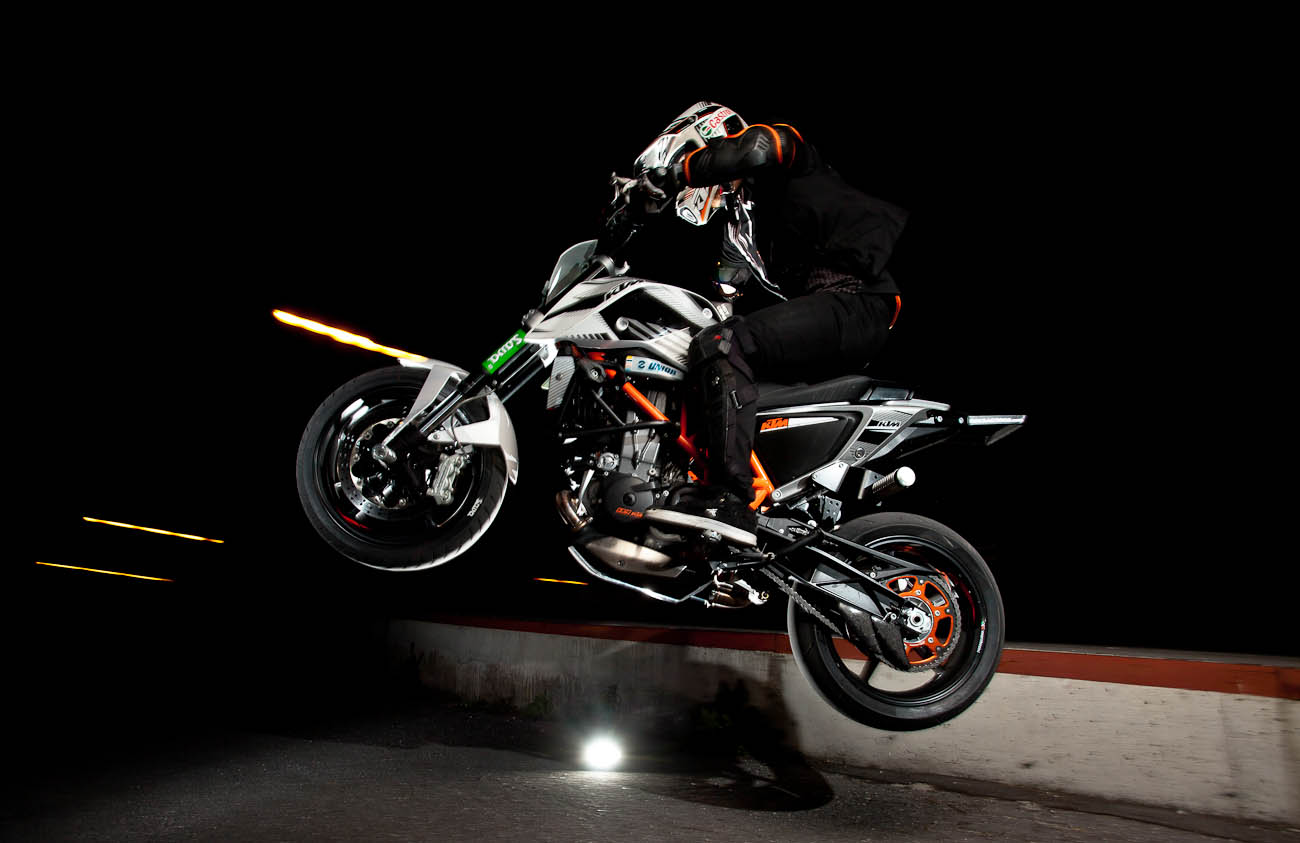 As if it couldn’t get any better for the official KTM stunt rider, Rok Bagoros of Slovenia has now stepped up his game with his new KTM 690 Duke stunt factory bike. After amazing and thrilling the international crowds on the KTM Duke 125, Rok has now taken delivery of what is his first ever big bike and now has to work on converting his tricks to suit the more powerful machine.

“There’s a BIG difference between the two bikes,” Rok said. “The bike has five times more power then the Duke 125 and any mistake can result in a crash, as I’ve already discovered. The bike has amazing power but I’m slowly getting it under control. I have to remember that this is my first big stunt bike and so I have to learn how to handle the extra power and convert it into spectacular tricks that will be fun to do and thrilling for the fans.”

Rok has already been out on the 690 Duke to a secret location where he built some special obstacles and where there is enough space to practice new speed, agility and technical tricks. Rok will now use both the Duke 125 and the 690 to make the show more exciting and more spectacular than ever. With the addition of the 690 Duke his international fans can look forward to more speed, more smoke and more fun with the girls!

Rok’s 690 Duke was especially tuned for stunt riding at the KTM headquarters in Mattighofen, Austria and will be incorporated into his show as soon as he has perfected his new tricks on the more powerful machine.