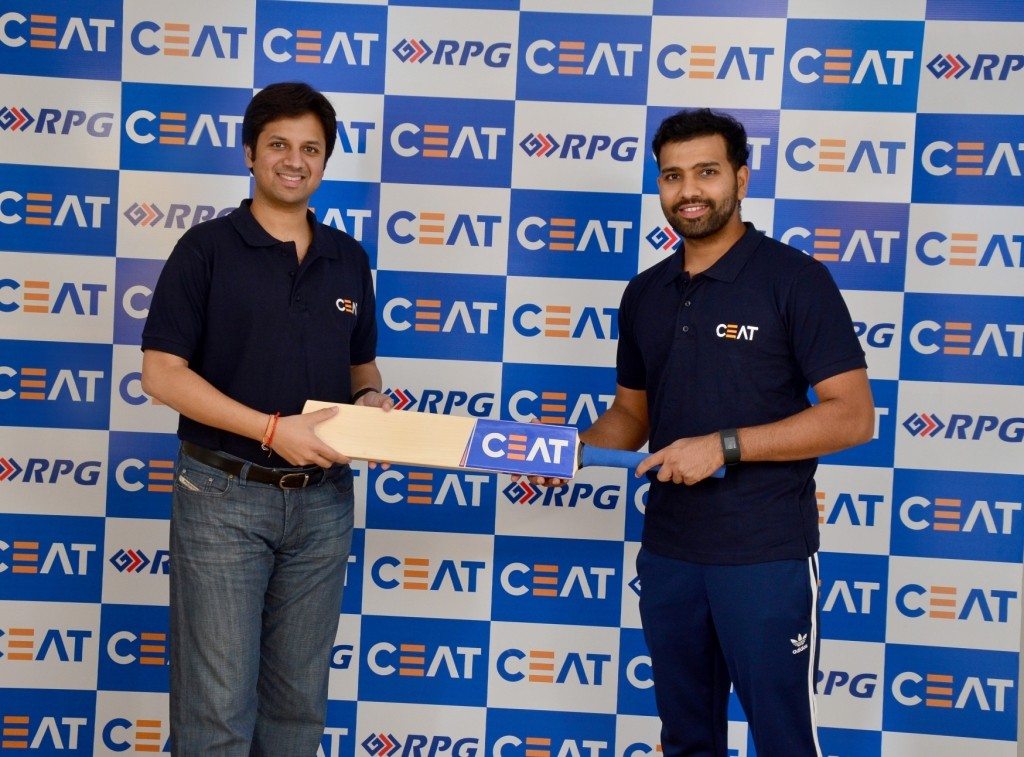 CEAT has always been associated with the game of cricket, be it with their statistic reports on the game or their latest cricket gear line-up. To elevate their association with the sport CEAT Ltd. has roped in Indian batsmen, Rohit Sharma for a 3-year bat endorsement deal. He will now be seen playing with a bat prominently displaying CEAT insignia in all formats of the game.

On his new association, Rohit Sharma said, “This is definitely an exciting association for me. Partnering with CEAT, who’ve played a significant role in boosting cricket in our country is indeed an honour. I look forward to playing a long innings with CEAT!”

CEAT had announced its tie up with Suresh Raina for a bat association earlier this year. CEAT also brought former Australian international cricket legend Brett Lee on board as their digital brand ambassador for the CEAT Cricket Ratings with their partnership with IPL for the Strategic Time Out segment.