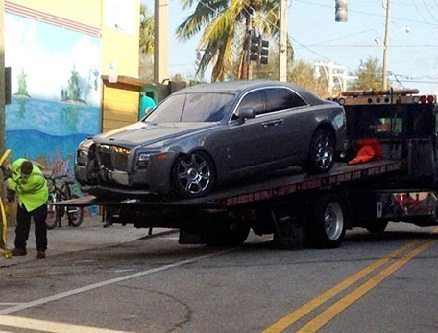 Popular artist Rick Ross (real name: William Roberts), who was riding in his Rolls Royce, is being reported to have slammed into an apartment building after he became a target of a drive-by shooting in Florida.

Luckily, no one was injured in this incident. The crash occurred when occupants of another vehicle fired gun-shots at Rick’s Rolls Royce and the artist lost control before crashing into a wall. Witnesses say that they heard around 20 shots being fired and the incident follows gang threats to Rick Ross from the Black Disciples.