Home Crashes Rich kid damages Ferrari, gets driven off in a Bentley 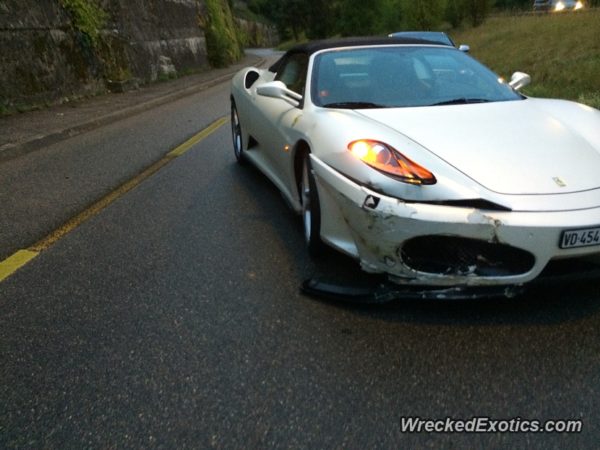 What were you riding/driving when you were 22-years-old? A Maruti Suzuki Swift, A-Star, Hyundai i10. Some might not even have had the luxury of owning a car and had to commute on a motorcycle or a scooter, or worse – public transport. But then there is a “born lucky” category of kids who get to drive exotic cars and bikes.

These kids tend to abuse the huge power these supercars have and end up damaging them. One such incident took place in Geneva, Switzerland where a 22-year-old kid lost control of his Ferrari while speeding on wet roads. The vehicle lost control and swerved into a ditch before hitting and bouncing off a wall. The white convertible Ferrari does not seem to show much signs damage except for a broken bumper. However, we all know that it would cost a bomb to take off a dent from a Ferrari. 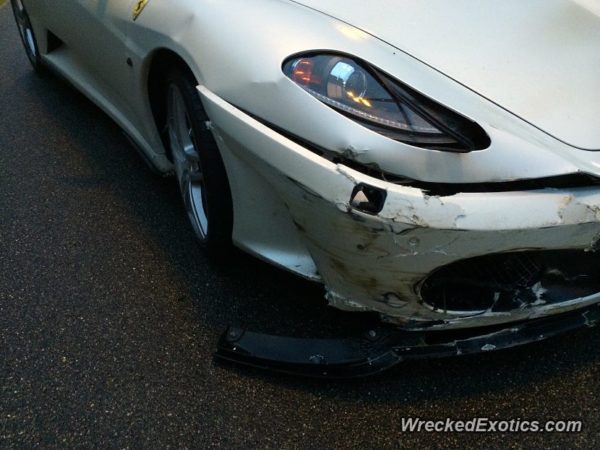 The driver of the car was whisked away from the accident spot in a Bentley. Nothing new when it comes to rich kids, is it?

How would you have reacted if this was your car? Share your thoughts through comments below. Stay tuned into Motoroids for more action from the world of auto.