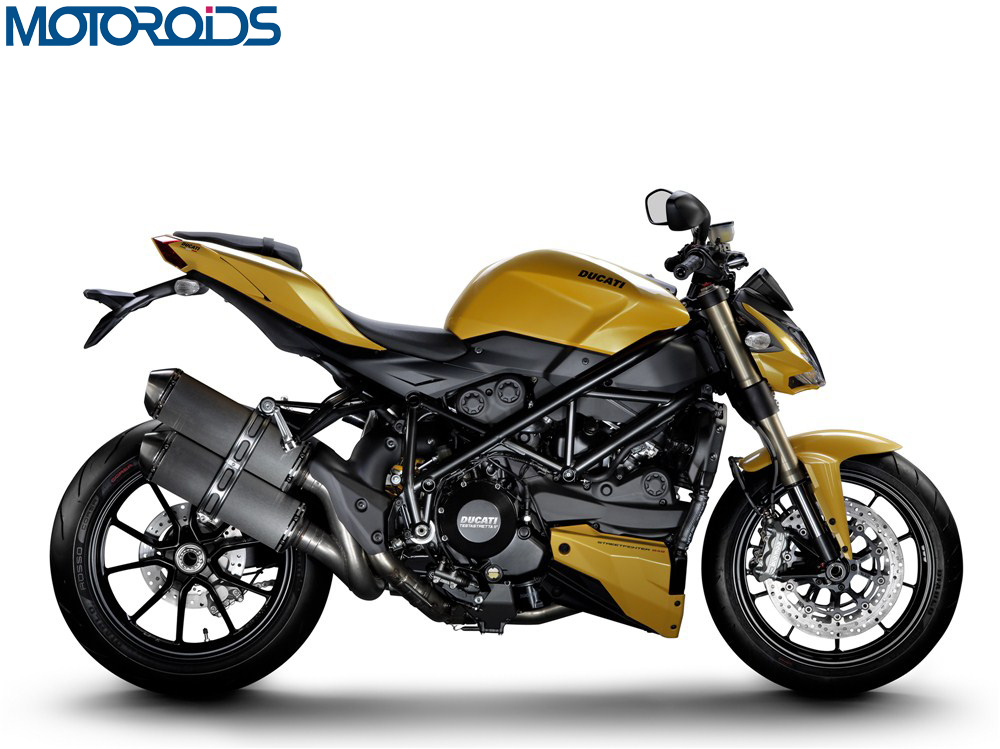 Ducati has unveiled the first images of its highly anticipated 848 Streetfighter. And must we say, the wait has really been worth it! The new streetfighter machine features Ducati’s trademark trellis frame, and stacked twin exhausts. But the most fascinating aspect about the bike is its front styling. That swept back headlamp has an air of wickedness about it, something we absolutely love! The bike reeks style and aggression and looks so totally desirable – we’re sold!

According to an official statement by Ducati:

“Combining a new and brilliantly engineered 848 Testastretta 11° engine with the enhanced geometry of a chassis that provides confidence-inspiring agility, the Streetfighter 848 has enriched its user-friendliness with a smooth and flexible power delivery, revised ergonomics and Ducati Traction Control.

The Ducati Streetfighter scored a round one knock-out when it entered the ring for the first time at the Milan show back in November 2008, winning the ‘Most Beautiful Bike’ award and raising the bar for extreme nakeds. Its asphalt-ripping reputation became the desire of sport naked connoisseurs throughout the world and the Streetfighter 848 will now widen that appeal even further with enhanced usability.

Available from November 2011 onwards, the new fighter is dressed in red for Ducati traditionalists, while yellow makes a return for mid-range purists and “dark stealth” provides a matte-black reminder of the Streetfighter’s aggressive image.”

The 848 draws heavily from its bigger 1098 Streefighter with styling cues taken from the 748/848 sports bike series. And it can be seen it borrows many characteristics from its big brother,although suspension, brakes and other cycle parts are expected to be more basic, budget-priced items to keep the bike’s price down. Yellow is to be  offered as a color in this segment now.

No details specs or price just yet, but we’ll bring it to you when we get it. Here are some more pics