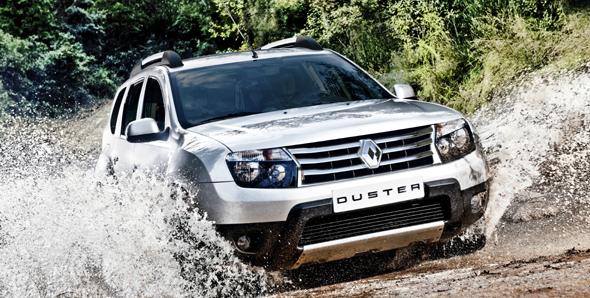 After parting away from Mahindra, Renault is now on its own on the streets of India. However, the firm has no intention to take the Indian market lightly. Just recently, Renault launched the Koleos SUV in India before its global launch in Frankfurt. Now, the firm has revealed its plans to make India the hub of manufacture and export of its low-cost Sport Utility Vehicle (SUV) called Duster.

The Renault Duster is scheduled for launch in India by mid 2012. This will make the firm the first to make India an export base for SUV’s. The firm revealed its plans to export Duster to the UK by the end of 2012 under the Dacia badge.

The car will be powered by a 1.5 liter dCi diesel engine and a 1.6 liter petrol engine with a power output of 105 bhp each and torque of 240 Nm and 148 Nm respectively. To add to this, the car will be available in both 4X2 and 4X4 versions. The Duster will come along with a price tag of around 8-10 lakh INR. The SUV designed for the Indian and UK markets will be similar with a few cosmetic changes though.