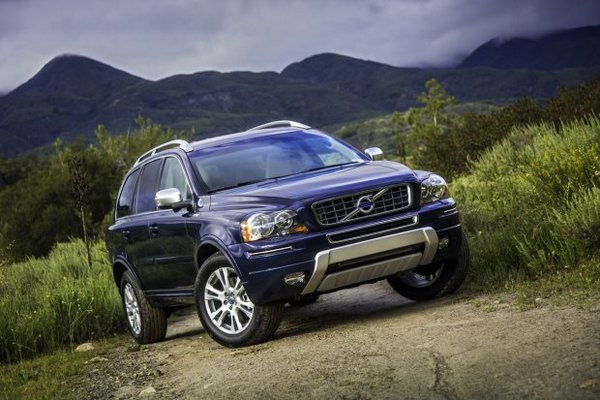 We were one of the first few to report that Volvo was working on a new version of the XC90. It can be said that Volvo has been trying to infuse a new life in its product lineup with the recent launches. The XC60 and the S60 are both completely new, or rather new products. However, the XC90, which has traditionally been one of the largest selling cars for the company had started to look slightly dated and needed to be revamped. The 2013 model gets a new look along with an enhanced roster of standard features. The result is the most significantly updated XC90 since its launch a decade ago as one of the first luxury crossover SUVs.

On the inside, the XC90 3.2’s gets silver aluminum sprinkled at some of the places, white instrumentation lighting and a leather strap on the tailgate. The high end variants also get leather seating surfaces, red wood inlays, gearshift knob and Executive floor mats. All variants of the XC90s now come with rain sensor windshield wipers and headlight washers.