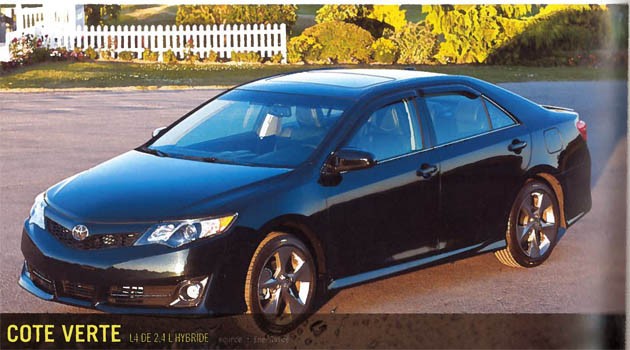 Toyota is creating a lot of buzz on the internet by sending out teasers of their upcoming anticipated sedan – Camry. Sometime back we showcased you one set of Camry images which were taken during some kind of shoot of the car. Today we have another picture where the car is stripped down naked and is all in flesh and metal.

The Camry which is a best selling family sedan in the United States was starting to look dated compared to rivals which had up to date offerings, with a new design and a totally new setup in the inside the Camry will soon arrive in many parking spaces in the United States. Talking about the engines, Toyota has kept mum till now but we expect the old engine which is the 2.5 lit producing around 180bhp of power on the other hand Toyota also has a much muscular V6 in their hands which is the 3.5 V6 producing an amazing 270bhp of power.

Toyota Camry 2012 will make it to the Indian shores via import route and is expected to land anytime in second quarter of 2012. By the time the Camry 2012 comes to India we would most likely have been hit by another petrol price hike so Toyota should consider a diesel version of the car so that they don’t end up being a Honda in India.

Tell us what do you think about the new 2012 Camry?