The Hindustan Motors (HM) Contessa, ever since its inception in India, has been touted as the common man’s muscle car. Both enthusiasts and laymen were quick to point out the Contessa’s muscle car references, because with its long hood, classic lines and subtle chrome trimming, it authoritatively stood out amongst the sea of Ambassadors, Padminis and Marutis.

The Contessa had been around for a long time in the Indian market, therefore, gaining cult status. There have been countless modifications to make the Contessa play the role of a muscle car, but only a handful of them are tastefully done. This particular example is one of them. 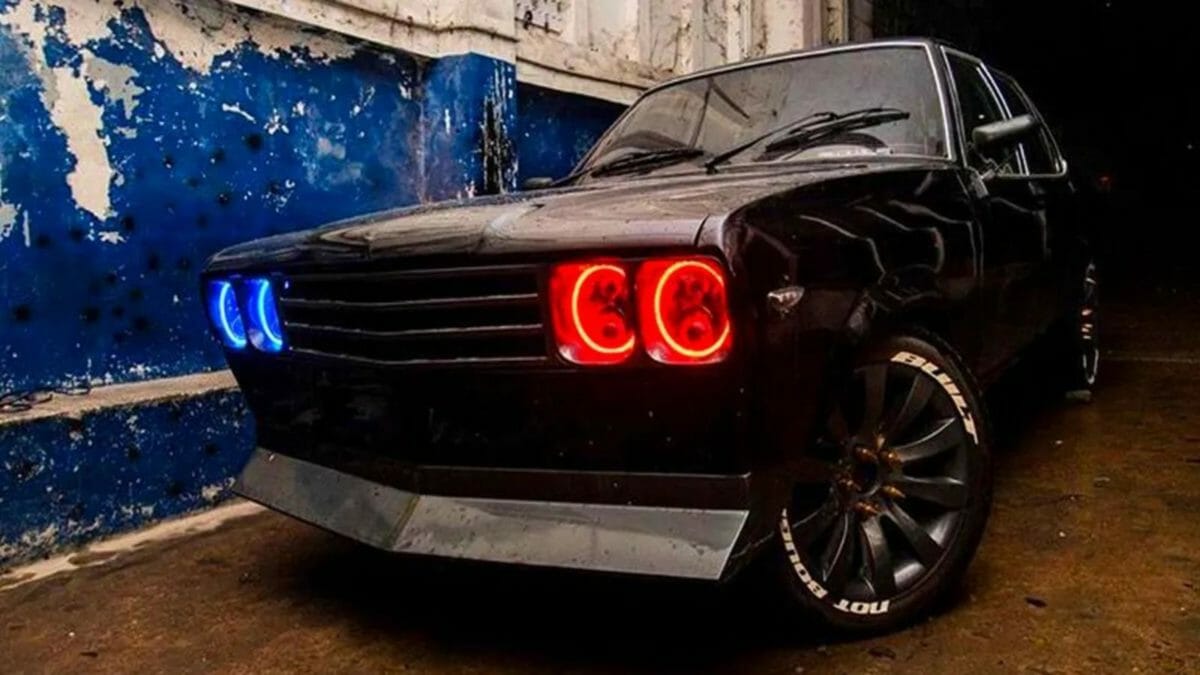 The video here, uploaded by Modsters Automotive on YouTube is a fine example of how even an old junk could be restored to make it look something extremely classy and stylish. The video here starts with the creators salvaging an old almost junk Contessa. Heavy signs of rusting were visible all over the body of Contessa which made the creators a bit apprehensive whether they will be able to restore it now.

This Hindustan Contessa was found abandoned near a garbage dump full of rust. Every single body panel, interior and mechanicals were rusted. All four doors and the fender of the car were unusable due to the rust. However, the customer wanted it restored at any cost therefore team Modsters went ahead with it. The work started with the design being sketched to give it a modern, fresh look.

It received new parts and a new metal bumper which completely reshapes the car and makes it look modern. The old tyres were replaced by premium 17-inch units from BMW 5 Series, although they came with their problems as well. The tyre profile of the new ones was very wide, therefore the creators had to flare out the original wheel arches for the smooth rotation and turning movement of the new tyres. Nevertheless, the flared arches added to the muscular look of the car.

Up front, solid metal V-Cut splitters have been welded in place. This shape is inspired by the vintage steam locomotives. It also gets a customised grille, headlamps and tail lamps. After all the fitments, all doors, bonnet and boot alignment were checked. After nearly 400 hours of bodywork and repair, it was time to give the car an illustrious paint job. The customer decided to choose the Porsche Midnight black colour which made it resemble the iconic Dodge Challenger. The alloy wheels also get an all-black smoked paint job.

Also READ: This Indonesia Fellow Built Himself A Yamaha Tenere 250 Based On The YZF-R25

The interior gets an all-new look with custom seats and leather upholstery all around with diamond stitching. The final results look extremely good and attract a lot of eyes. The shiny black paint job with red LED angel eyes do look sinister on the car. There is no mention of any mechanical modification. Back in its day, the HM Contessa could be had with either a 1.8-litre Isuzu sourced petrol engine or a 2.0-litre diesel engine, both mated to 5-speed manual transmissions.