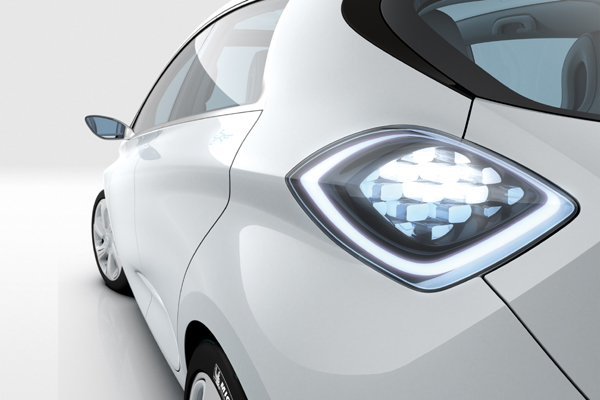 Renault’s aggressive India plan is not a secret anymore to anyone. That the company wants to launch as many as five products in the next one and a half years is common knowledge now. However, there still is no clarity yet on the ‘small car’ that the company plans to introduce at the Auto Expo 2012. Until recently, the rumor mill was abuzz with reports of the French carmaker planning its Clio hatch for India. It always sounded improbable to us here at Motoroids, as the Clio is a premium and sporty product and doesn’t quite have the cost-advantage to make it a strong volumes product in the Indian scheme of things

In a new revelation, company’s Executiv VP (Product Planning and Programs) Mr. Philippe Klein said that the new small car will be a ‘Made for India’ product. While he didn’t divulge any further details on the development platform for the new product, he made clear the slightly premium positioning of the new small car by terming it as a ‘B+ hatchback’.

“The ’made-for-India’ B+ Hatchback will be launched in early 2012, followed by the much-awaited DUSTER in the second half of 2012. Every one of our cars has been tuned to the Indian customer’s requirements and we look forward to starting 2013 with the youngest range of cars in the Indian automobile market and a world class Service & Aftermarket offering” he said.

Whatever the new car’s exterior may look like, we can assure you on one thing right here right now – it will be powered by the same 1.2 –liter petrol and 1.5 liter diesel engines as the Nissan Micra. If our guess is right, the pricing and positioning too won’t be too off that of the Micra’s. The new Renault hatchback will take the fight to the 2011 Swift, Hyundai i20, VW Polo, and of course Nissan Micra.

In the meanwhile, Frenault’s plans to develop an ultra cost-effective small car with Bajaj seems to have derailed. Bajaj Auto seem to have given a commercial vehicle turn to the development of the vehicle, and the resultant response from Renault doesn’t sound too appreciative. The company has made its stand clear that if the product from the Bajaj stable doesn’t conform to Renault global design and engineering standards, the company would rather not have its badge on its grille. Of late the company has sent out enough signals to suggest that it isn’t planning to launch an ultra low cost (on the line of the Nano) car anymore.

We know that the details are still very bleak, but now since we have a lead, we’ll pull out all our resources to gather some juicy insider info on the car. Stay tuned…