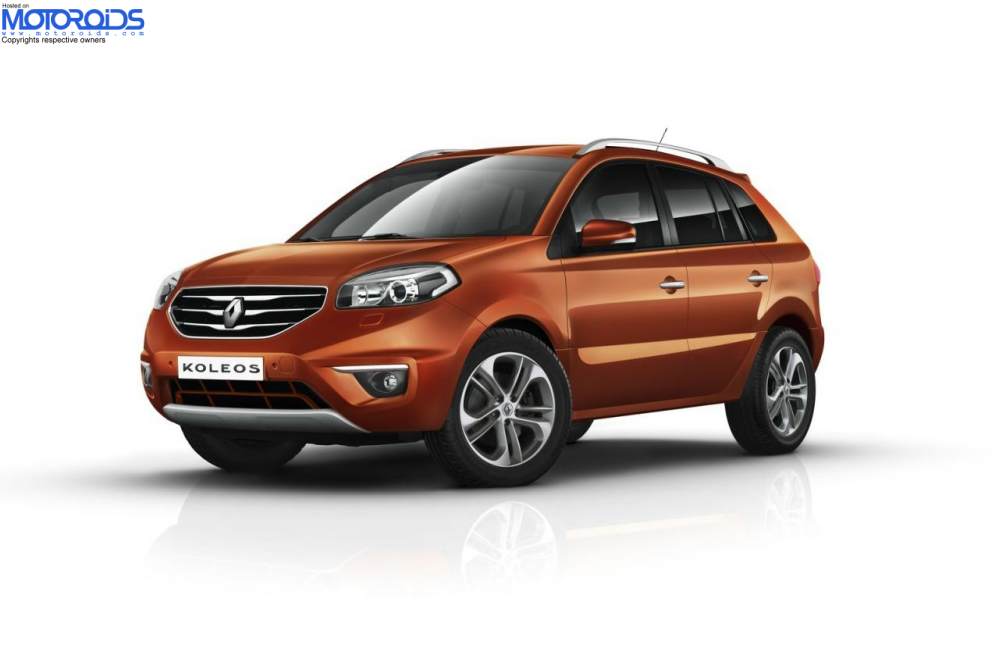 Only yesterday we informed you about Renault’s plan to introduce the Duster SUV in India. Now, while you may have to wait till the second half of 2011 for the Duster, there is another, more premium SUV from the French carmaker’s stable which will hit the Indian roads by the end of 2011 itself.

Koleos would be the next model offering by Renault in the Indian market after the Fluence sedan which was recently launched, and much appreciated by the auto journalists’ fraternity. Renault has officially introduced the 2012 version of the Koleos SUV, and this would be the model arriving here in a matter of the next few months.

In its newest avatar, the Koleos has revised front-end styling, and the interior too has been altered. The crossover, in addition to being conceived and designed by Renault, benefits from Nissan technologies (notably its 4×4 transmission) and is currently manufactured at the Renault Samsung Motors plant in Busan, South Korea.

From the exterior, the new Koleos features new slimmer headlights, and an elegant chrome grille flanking the Renault lozenge logo. The more modern door mirrors now incorporate LED indicators. The Koleos now sports new alloy wheels and is available in a new Cayenne Orange colour. No changes have been made to the rear.

Inside the cabin, a selection of new upholsteries and trims has enhanced the ambience. The dashboard and instrument lighting have evolved, too, with the introduction of a modern, more stylish speedometer housing and display.

The Koleos is powered by the 2.0-liter M9R engine capable of producing 150 and 175 bhp in different states of tune, along with peak torque of 340Nm and 360Nm respectively. The engine powers various Renault-Nissan cars internationally such as the Renault Laguna, Renault Megane and Nissan X-trail. The engine is known for its efficiency, low emissions and quietness.

There is alsoa 2.5-liter naturally aspirated petrol engine, good for 170bhp, but the chances of it making to the Indian market are very bleak, especially after the recent spike in petrol prices. The Koleos has managed to earn a 5 Star Euro NCAP rating too, thanks to features such as ESP, emergency brake assist, programmed structural deformation, six airbags and seat belt pre-tensioners.

Features on the Koleos include hands-free entry and ignition, automatic headlight and windscreen wiper activation and Hill Start Assist and Hill Descent Control for the 4×4 version. Dual-zone climate control and premium Bose sound audio system are some other features that need a mention.

“The Indian market will see an unprecedented product roll-out in the next 18 months. India will be amongst the first countries to launch the brand new KOLEOS in 2011 … a model which will have its world premiere a few days from now.

Expect the Koleos to be priced in the region of Rs 18-20 lakh on its launch. The Koleos is expected outsmart its rivals with its efficient diesel engine option and unmatched features.