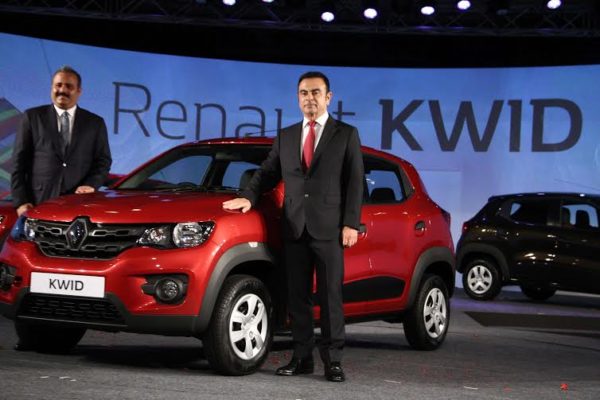 Amidst a bevy of journalists, and much fanfare in Chennai, the all-new Renault Kwid marked its global unveiling today by Carlos Ghosn, the global CEO of Renault-Nissan. Following the revelation of the KWID Concept, the first Renault concept car to have been unveiled outside of Europe (Auto Expo – February 2014), Renault staged the world premiere of the Kwid in India, which became Renault’s first production model to be unveiled outside of Europe.

So what’s with the buzz?

When launched in India during the second quarter of 2015, in and around Diwali, the Renault Kwid is expected to retail for INR 3-4 lakhs – this aggressive pricing puts the Kwid smack in the entry-level budget hatchback segment, a space that is dominated by nationwide bestsellers like the Maruti Alto. Extensive localization (98%) contributes to the attractive price tag. 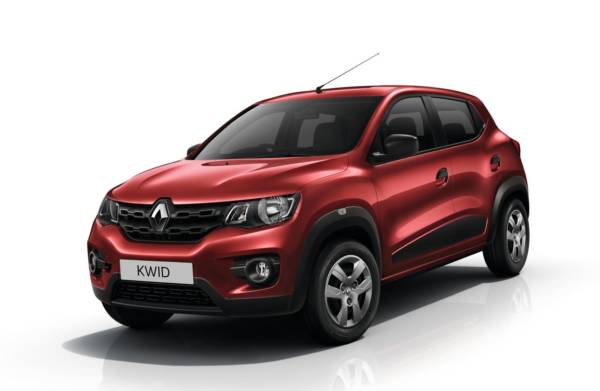 The Kwid is a smart looking budget hatchback, with compact proportions, affordable pricing and distinctive “SUV inspired styling” , all of which collectively promise to carry the Duster’s legacy forward.

“With Kwid, Renault continues to pursue its strategy of accessible mobility for all to step up its international growth. Using a new Renault-Nissan Alliance platform and following the trail blazed by the Duster, the Kwid will enable Renault to continue its expansion and address the needs of customers who want a vehicle that is stylish, robust and easy to use.” – thinks Renault.

Here’s the Kwid in detail: 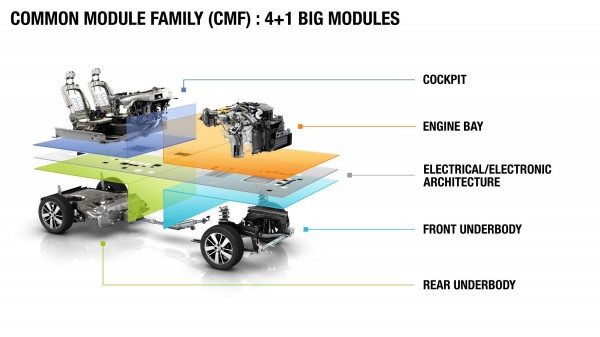 For starters, the Kwid  is the first Renault-Nissan Alliance model to use the duo’s extremely flexible CMF-A platform. As a result, exterior styling and the powertrain can be varied significantly in order to match the specific requirements and preferences of customers in Renault’s international markets like India. 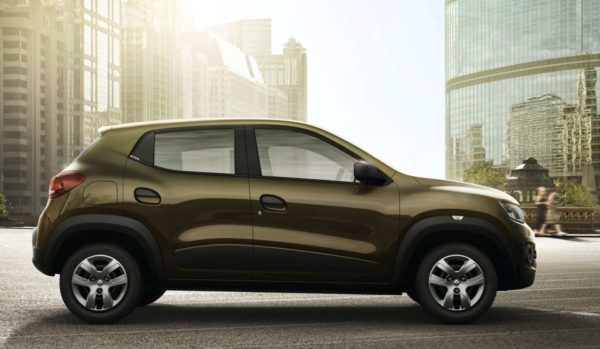 At At 3.68 meters long and 1.58 meters wide, the compact Kwid promises to be as slippery as a greased pig in sticky, urban traffic, while the SUV rivaling ground clearance of 180 mm aims to flatten most of India’s scarred turf.

The “SUV styling” lays down an upright front end and short front and rear overhangs – elements associated with SUVs, while its high-up driving position, coupled with large windows all around provide greater visibility of the road ahead. 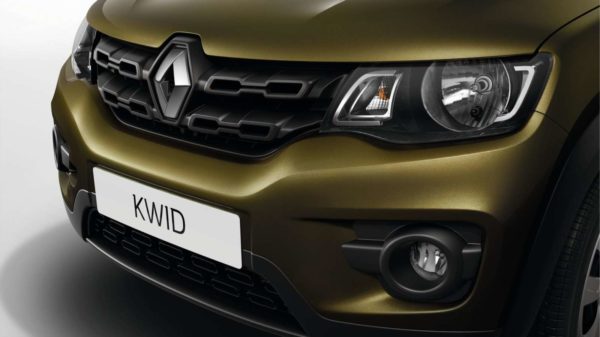 The front fascia is characterized by a structured grille running dual slats, which highlight the French manufacturer’s diamond shaped logo. The bold grille, according to Renault, “emphasizes the model’s SUV credentials”. The large headlamps incorporate the brand’s new lighting signature including a ‘C’-shaped chrome trim. 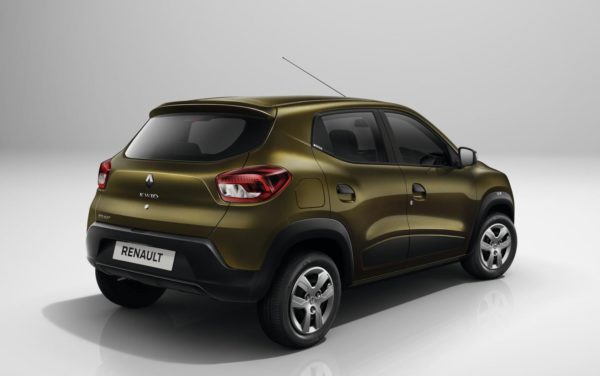 The sides are slightly sculpted, while the black cladding on the arches, along with the lower door decor is one more nod to the Kwid’s SUV aspirations. The high waistline rises slightly at the rear, while the windscreen is steeply-raked and forward-positioned. At the rear, the lower part of the bumper comes with a black trim, another SUV cue. The body-colored tailgate spoiler rounds things off. 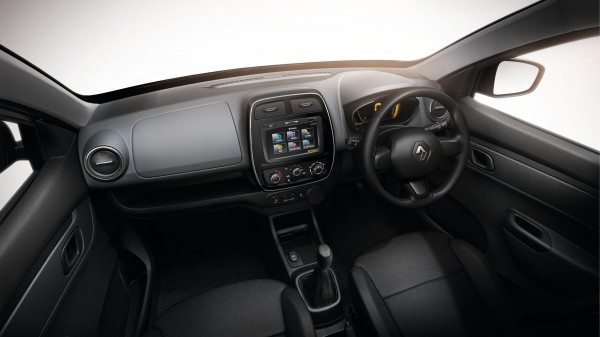 The interiors are basic, yet thoughtfully designed and laid out. The horizontal, uncluttered lines of the dashboard houses the centrally-positioned multimedia system, while the interior trim, designed by Renault Design India, promises to be pleasing enough. Digital instruments and chrome air vent surrounds add a bit of an upmarket touch. 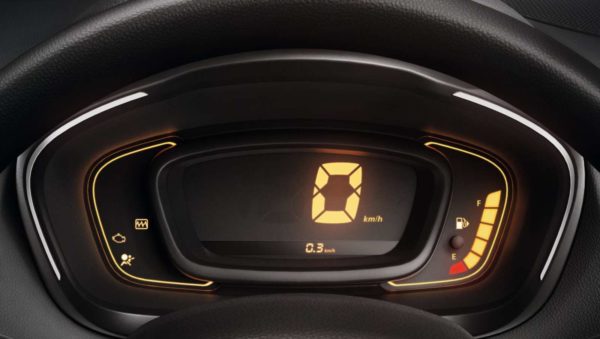 Instrumentation is completely digital, with a centrally positioned speedometer reading out velocity, flanked by a fuel gauge on the right and tell-tale lights on the left. 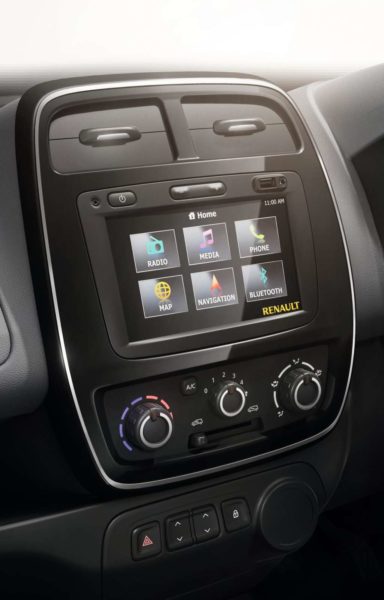 The piano black centre console comes with a chrome-surround and houses the Media-Nav multimedia/navigation system which comes with a seven-inch (18 cm) display – a segment first. The Media-Nav system includes the radio and Bluetooth technology for hands-free telephony. 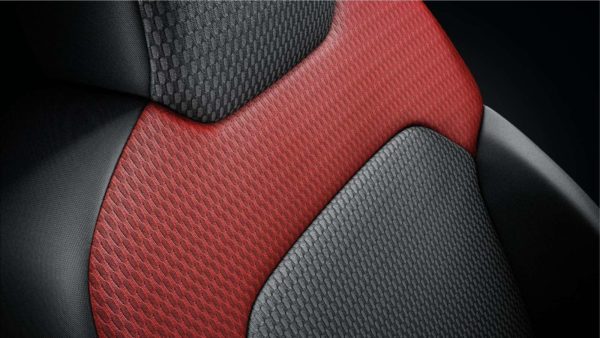 Thanks to its specific architecture, Renault claims that the Kwid’s interior room is spacious enough for all five occupants, while the boot offers a best-in-class load capacity.

The Kwid will be powered by an 800cc, three cylinder, extremely frugal petrol engine that has been developed by Renault-Nissan’s technical center at Chennai. Exact fuel efficiency figures and power outputs are yet to be disclosed, but Renault claims that the Kwid will deliver best-in-class fuel efficiency. 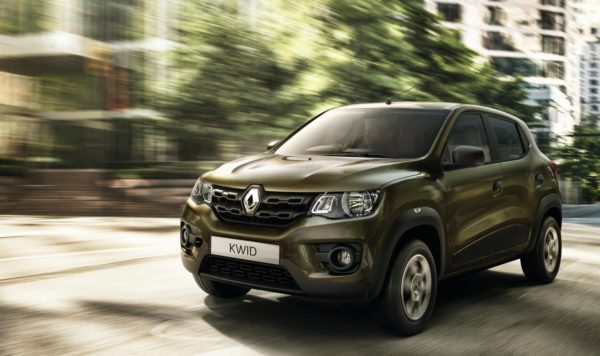 With the Kwid, Renault is pretty bullish about making headway into the Indian market, which happens to be one of Renault’s priority markets, along with Russia, Brazil and China. To be built at Renault-Nissan’s production plant in Chennai, the Kwid was designed with significant inputs from Renault Design India’s Mumbai center, along with the Renault-Nissan engineering and purchasing centre and the Technical Business Centre India (RNTBCI). 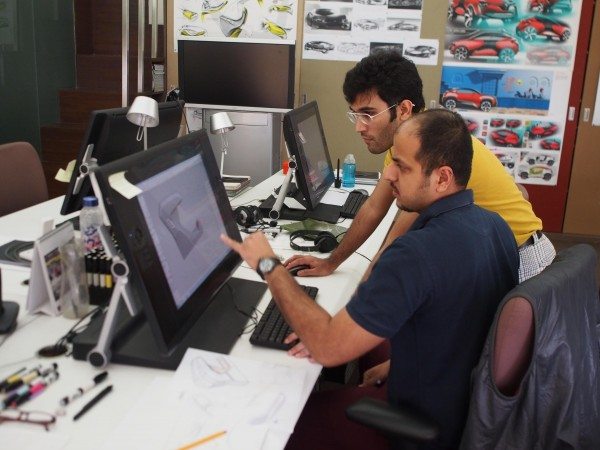 The body and chassis were tested in Japan, body equipment was evaluated in Korea and endurance tests were carried out in France, while India was the backdrop for overall and assembly testing. Supplier sourcing in India has been raised to 98%, including 60% in the Chennai region, an indicator of the aggressive pricing structure. 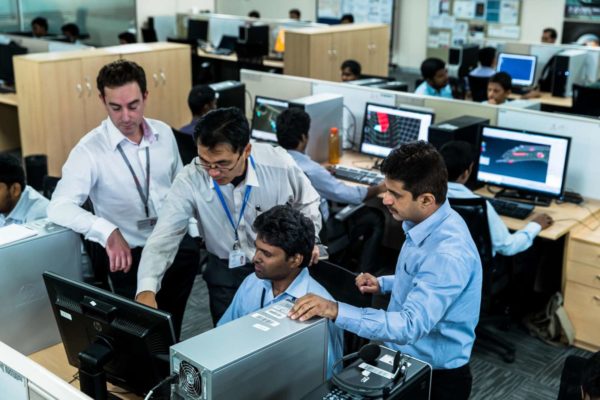 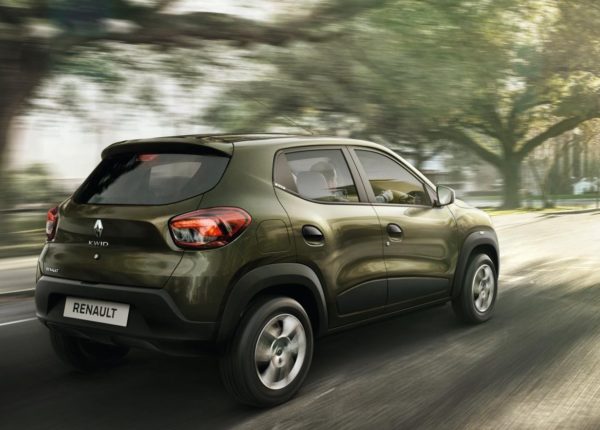