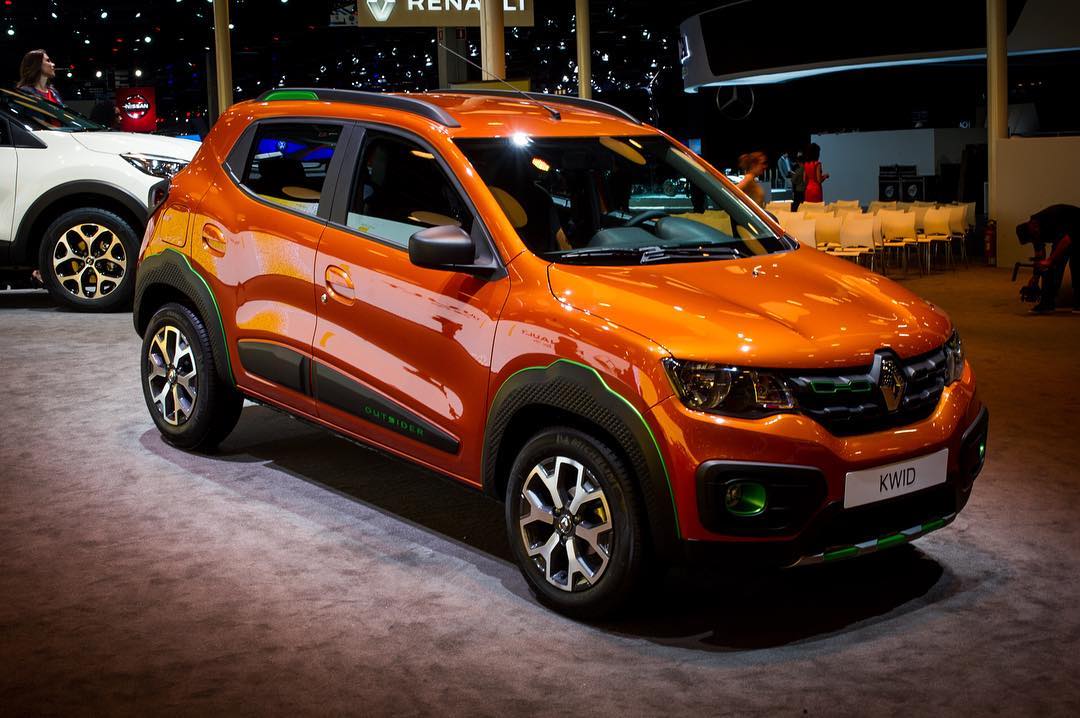 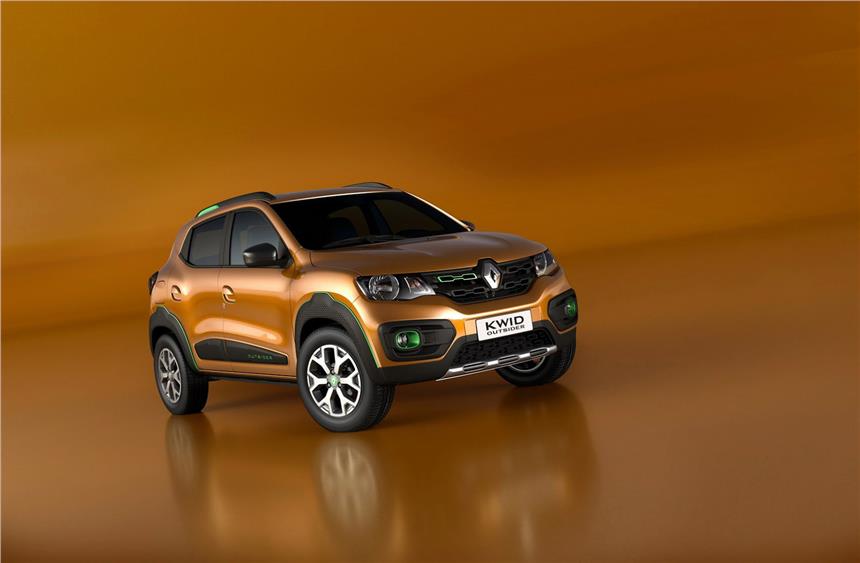 Those of you who browsed through our website during the coverage of the 2016 Auto Expo might recollect viewing images of a few variants of the Renault Kwid. The French automobile manufacturer’s pavilion showcased various editions of the model such as the Kwid 1.0-litre, Kwid AMT, Kwid Climber and the Kwid Racer.

As a follow up to the Kwid Climber, Renault has now showcased the Kwid Outsider at the ongoing 2016 Sao Paulo Auto Show. The Kwid Outsider Concept’s flame orange paintjob is now complimented by a green accent as opposed to the earlier electric blue accents on the Ckimber. The accents can now be seen on the skid plate, fog lamp cluster, wheel arches, roof rails and body cladding. Also on offer are larger wheels and faux skid plates. 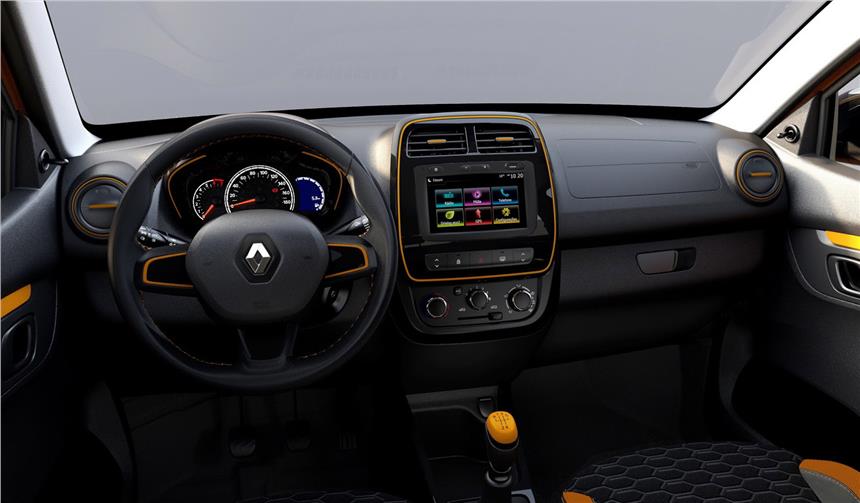 Moving on inside, the Kwid Outsider Concept comes equipped with orange accents that can be seen on the steering mounted controls, HVAC vents, centre console and gear lever. Also on offer is contrast orange stitching on the steering wheel while the seats receive orange coloured accents.

A few changes that differentiate the Kwid Outsider Concept from the India spec Kwid include an analogue instrument cluster that replaces the digital cluster on the Indian model, electrically adjustable ORVMs, a passenger airbag in place of the upper glovebox and adjustable head rests for the second row. The switchgear for the power windows are now located between the infotainment system and the HVAC controls.

Following is an image gallery of the Renault Kwid Outsider Concept: