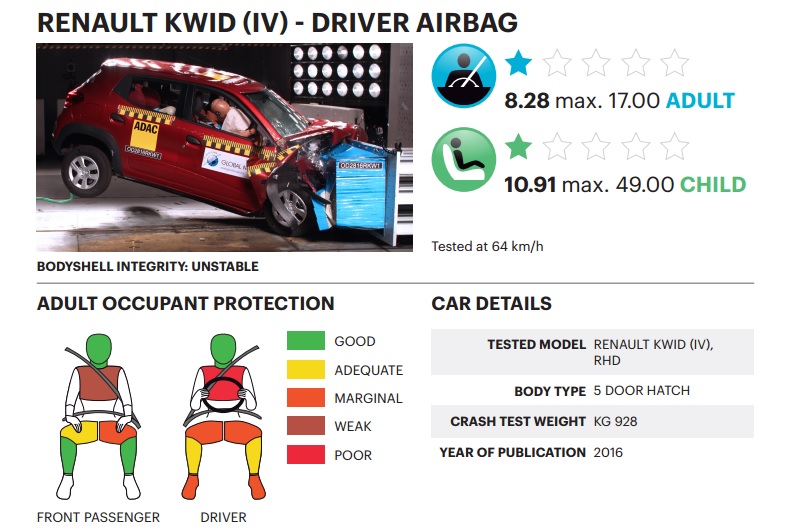 The Global New Car Assessment Program (Global NCAP) recently released the results for the crash tests of the Renault Kwid and the Honda Mobilio. The test featured the latest top-end trim of the India made Kwid with improved safety while the Mobilio was tested in the base trim as well as the airbags equipped trim.

Also read: Here’s why the Brazilian Renault Kwid will be 20% heavier than the Indian model

We had earlier reported that the Kwid had featured a zero star rating for adult protection and two star for child safety rating when the hatchback was tested as a base level trim (without airbags) in May 2016 by Global NCAP. This time though, the Kwid equipped with the driver side airbag and seatbelt pretensioner scored one star for adult occupation. 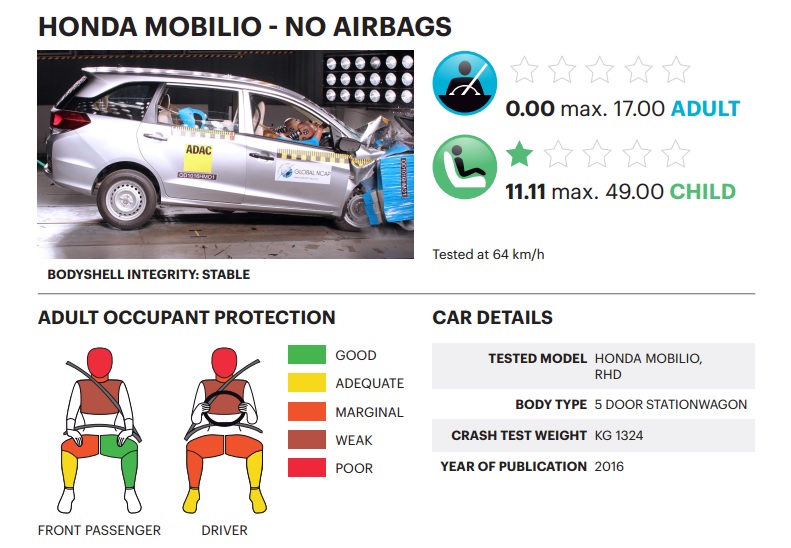 David Ward, Secretary General of Global NCAP said that Renault has made limited progress and they should be offering their one star car as the standard version and not an option. Honda too has shown that with two airbags they can achieve three stars. These safety systems should not be options. He further went on to add that Renault and Honda make safe cars in other markets, they have the know how to make all their Indian cars much safer. He expects them to start doing so now. 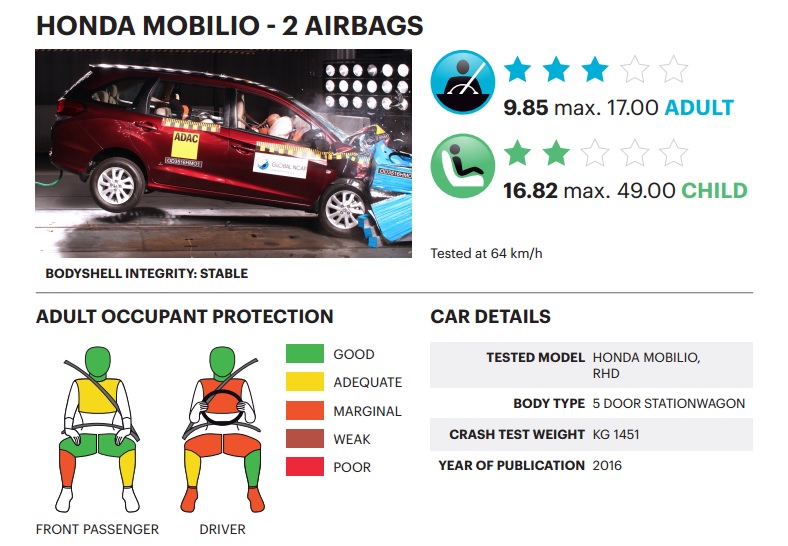 Rohit Baluja, President of the Institute of Road Traffic Education, said, “The Automobile Industry in India is fast progressing, however safety systems approach is not yet a priority. The customers are not yet aware how safe are the cars they are purchasing in case they meet up with frontal crashes when at higher speeds. In these tests both Honda and Renault have demonstrated that they can offer safer cars to the Indian market. Automobile manufacturers should not enhance safety features as an option rather, safety should be an uncompromising standard.”

Following are the videos for the Renault Kwid and Honda Mobilio Global NCAP crash test: