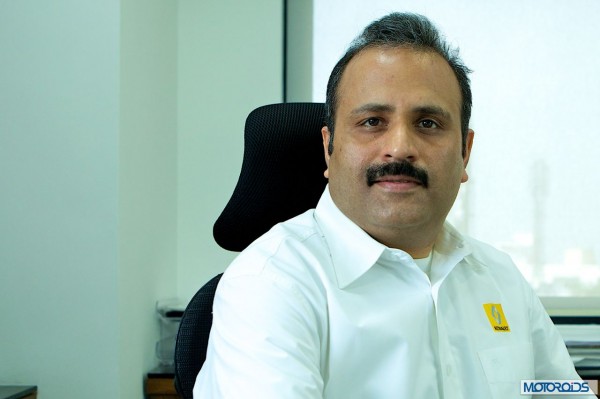 Renault SAS, France has announced appointment of Mr. Sumit Sawhney as CEO and Managing Director for Renault Group operations in India. Sumit takes over from Marc Nassif, who moves to a global assignment within the group. The appointment is effective from 1st February, 2014. Sumit will be responsible for managing the entire operations for Renault in India and will report to Mr. Gilles Normand- Chairman, Asia Pacific Region for Renault.

Sumit joined Renault in India as Executive Director in September 2012 from General Motors. With strong experience of 20 years in the Indian automotive industry, Sumit has spent a significant part of his tenure in augmenting sales, marketing, after-sales business and network development for the company. He was also part of a major transition at the US car company, which saw sales surge in India.

Sumit has been instrumental in establishing the Renault brand in India and setting the company on a growth trajectory. In his tenure, Renault Duster has become one of the top selling SUV in the country. Sumit joined Renault when the automotive industry was going through a down turn and inspired, motivated the team to establish Renault brand among the top 10 automotive brands in India within three years of its operations.

Mr. Gilles Normand- Chairman, Asia Pacific Region for Renault said, “Sumit has played a key role in carving a niche forRenault in India and also helped establish the brand amidst strong competition. I am confident that with his leadership, vision and extensive experience he will be instrumental in further driving the growth and performance for our operations in India”.

Mr. Marc Nassif the outgoing Country CEO and M.D. said, “India journey over the past eight years has been full of challenges and great learning having launched Renault brand and five product portfolio. Renault has become a brand to reckon with and Sumit has played a significant part in this journey. I am confident with his eye-to-detail attitude he would take Renault to the pole position of international brands in India. I wish Sumit and team in India a great success as I am equally excited to continue working for Renault Global.”