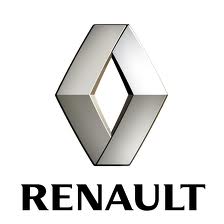 Renault Group has become the European leader in terms of low CO2 emissions, and first automotive group under 115g CO2//km, based upon its sales of passenger cars over the full year 2013. This ranking is the fruit of the rejuvenation of its range, the success of its Energy range of engines and its electric vehicle sales.

Renault Group has moved into pole position in Europe in terms of low CO2 emissions, with an average of 114.7g of CO2/km* per vehicle (source: AAA-DATA**) based on its passenger car sales over the full year 2013.

“This position of market leader is proof that the combination of our powertrain strategy – with our range of Energy engines – and our electric vehicle strategy is bearing fruit. Thanks to these innovations, Renault Group is achieving tangible results and maintaining its objective to significantly reduce the long-term environmental footprint of its activities. At the same time, these improvements are beneficial for both the planet and our customers.”
(Jean-Philippe HERMINE, Director, Renault Group, Environmental Plan)

* The average homologated NEDC combined-cycle CO2 emissions of Renault Group passenger cars registered during the first half of 2013 across 23 EU nations (all countries except Cyprus, Malta, Romania and Bulgaria).
** Figures obtained from AAA-DATA (Association Auxiliaire de l’Automobile), a subsidiary of CCFA. AAA-DATA is an organisation that collates automotive industry data for authorities.