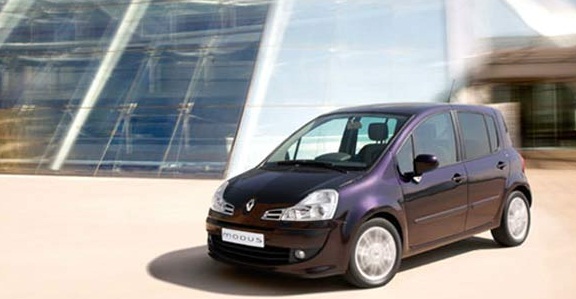 Remember Nissan’s entry in India? With a premium SUV it never really gained much of a popularity. Even though the SUV was nothing short of being amazing, it was not until the introduction of Micra that the country took notice of the Japanese car manufacturer. If one will notice, Maruti has long been king of Indian automobile market. And on looking more closely, it won’t take any rocket science to figure it out that most of the sales for Maruti come from the hatchbacks. Toyota, world’s largest car maker, sensed the importance of having a small car in India and developed and introduced the Etios siblings. This, even when it’s Innova MPV and premium sedans were doing decent numbers. Now, sensing a similar need, French car maker Renault is planning to introduce a V-platform model. Even better news is that the plan is to launch the car within three months from now and the car will be displayed at the Auto Expo 2012, New Delhi.

The car can be expected to be positioned between Maruti’s Swift and Nissan’s Micra. Sources in the company reveal that the aforementioned small car is undergoing tests at the Renault-Nissan’s factory on the outskirts of Oragadam. It is also relevant to mention that this is where the Renault-Nissan joint venture partners are investing a sum of around Rs 4,500 crore. Going by the seriousness with which the JV is looking at our market, we are nothing short of being impressed.

Hopes are high for the small car’s launch to help Renault achieve its target of one lakh units with five products by 2013. The line up of these 5 cars will be complete once the French car maker launches three more cars next year to give company to the sedan and SUV the carmaker already boasts of. The annual sales is estimated to be in the vicinity of 100,000 units by 2013. To optimize the probability of this, it also plans to have 100 dealerships in place by end of 2012. Currently Renault has merely 15 dealerships in India.

It will be noteworthy to mention that Tamil Nadu govt. has provided the JV of car makers a structured incentive package that holds good till 2015 and this aggressiveness in expansion being shown by the group certainly points at it’s plan to optimize the extraction of benefits from this package provided to them . Renault sold 800 units in the country last year and its plan of selling 100000 by 2013 looks quite optimistic but certainly nowhere near unrealistic. The group also plans to increase its components sourcing to Euros 100 million next year. Up by Euros 35 million from current 65 million.

We wish luck to the group and are eager to see how the upcoming cars (particularly the hatchback) fare.