French car maker, Renault, is testing the Fluence facelift in India. The Fluence refresh was caught by the good folks at MotorVikatan, who spotted the upcoming model in Chennai. 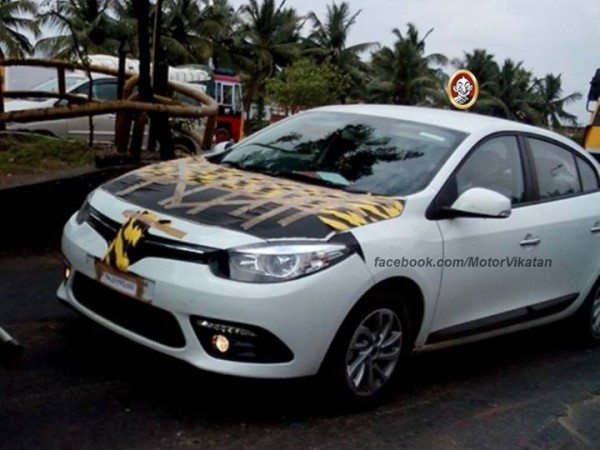 As can be seen in the image, the Fluence facelift test mule is wearing minimal camouflage and basically, only its front logo has been left hidden. Other than this, the only camouflage that the car has is on the bonnet and on the badging.

The Renault Fluence facelift was first spied in India way back July this year and the car is definitely taking long to come to us. 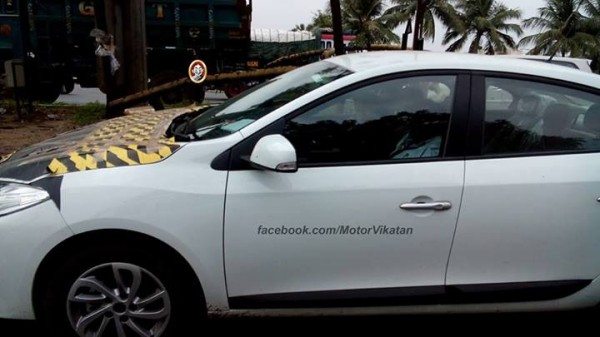 As can be seen from the pics, the biggest change that the Fluence facelift carries is the inclusion of DRL’s in the fog lamps. The front Renault logo (hidden in the pics) has grown in size, and the car sports a new front grille. The bumper has been revised and the car carries a side cladding. The alloys also feature a new design. 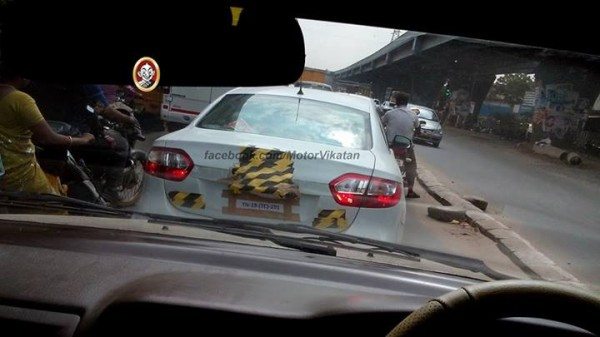 Internationally, the Renault Fluence facelift is being sold with new features such as- LCD infotainment screen, auto parking brakes, front and rear parking sensors and new upholstery. There are good chances that most of these changes will make it to us.

It would be interesting to see if the upcoming Renault Fluence facelift, equipped with additional features and a set of visual changes, would have a better fate than the pre-facelift model.

Safely expect the updated car to greet us at the  Auto Expo 2014 in February next year. Stay tuned to Motoroids for more dope on the upcoming Renault Fluence facelift.