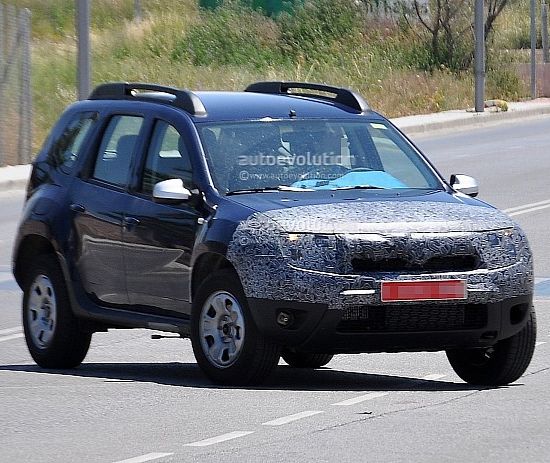 The very successful Dacia/Renault Duster has been doing a world of good to its manufacturer. The Duster is easily among the top selling Compact SUVs across the globe and such is the demand for this car in India that it has managed to replace the Mahindra Scorpio at the top of the SUV sales charts.

However, all thanks to the advent of newer competition in the guise of equally hyped Ford EcoSport, popularity of the Duster have started witnessing quite a dip. While there definitely is no denying that the Duster is a well sorted out car and looks far from dated, the fresher looks and newer engines of the EcoSport have made a really good impression on the car buying lot.

Speculations have been aplenty that the Duster facelift would look like the D-Cross concept that was showcased at the Sau-Paulo Motor show in Brazil last year and the car will come with a new front grille and maybe with a revised front bumper too. The car would also get new tail lights and 5th door at the rear. The interiors are expected to see an upholstery change and some more gadgets.

The Renault Duster facelift could arrive in India soon after its international debut, what with the EcoSport looking really busy with taking the SUV segment by storm?

The India spec Duster is available with 3 engine options- 2 diesels and a petrol. We expect these engines to remain unchanged for the facelift.

We also expect Renault India to slash the prices of the car to make it a more value for money proposition than the EcoSport.