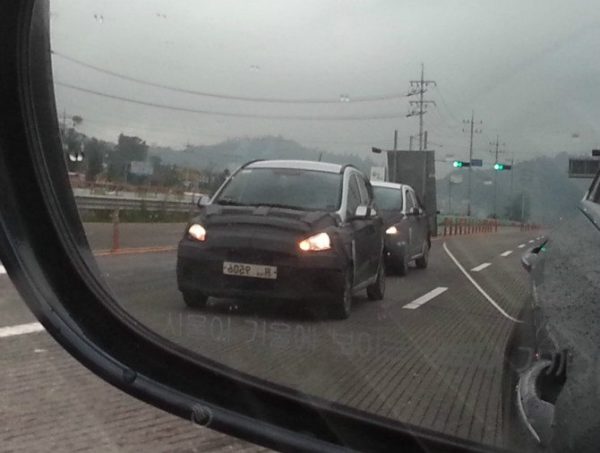 What you see on this page are spy images of both the 2014 Hyundai i10 and the 2015 Hyundai i20 that have been spotted testing together in Korea.

Enough has already been talked about the upcoming 2014 Hyundai i10 and the next gen car is looking poised to become the ‘next big thing’ from Hyundai. The upcoming generation of i10 is almost half a shoe size bigger than the current i10 and as can be observed in the pics, the next i10’s greenhouse is similar in basic shape but has definitely grown in size. 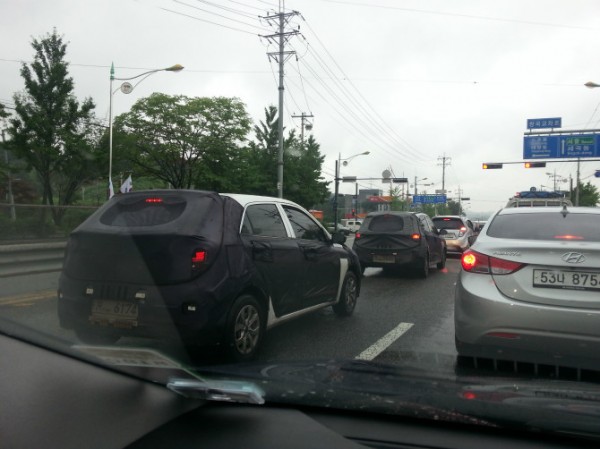 The next gen 2015 Hyundai i20, test mule of which you can see in these pics, will have a longer wheelbase, marginally more width and even more spacious interiors.

Images from  Bobaedream and TeamBHP