Home News Range Rover Evoque coming this November: Images, and all the details 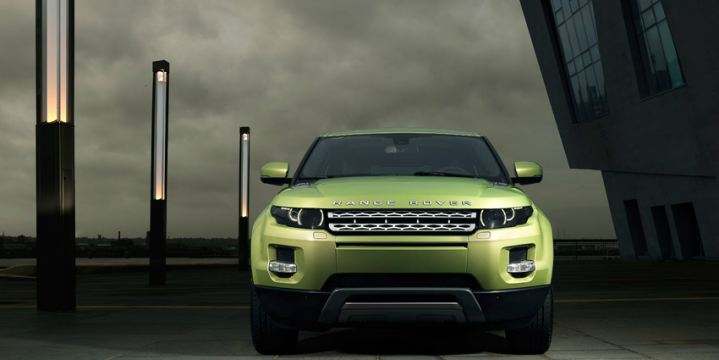 Land Rover’s mercilessly beautiful baby SUV, the Evoque, which breaks new ground for the British carmaker is terms of design and technology will hit the Indian roads this November. The popular variant for the diesel happy Indian car buyers would be the Range Rover Evoque SD4. Powered by a 2179cc inline 4 diesel engine, the Evoque SD4 will boast 187bhp at 3500 rpm and aboput420Nm of peak torque produced at 2000 rpm. The engine will be mated with a 6-speed auto, which although not as brilliant as the DSGs or other modern auto trannies adopted by the BMW-Audi-Merc trio, would do a reasonable job of putting the power to the tar.

The Evoque is a compact SUv, smaller in size than even the Audi Q3. Unlike the traditional Landies which are square, hefty and brawny, the Evoque is sleek, sophisticated and chic. The seating position is more car-like too, unlike the bigger Land Rovers whose driver’s seats are no less than a throne with a commanding view of the road-empire ahead.

The Evoque will feature a sci-fi gear knob emerging from the center console, ala Jaguar. The car will also have what LR calls the Terrain Response off-road system which tunes the car’s chassis, suspension, engine and transmission to tackle a certain type of terrain more adeptly. There is a Dynamic mode too which lets you tune the Evoque into a nifty handler for times when you are treading smooth twisties, away from the ruts and the slush. That’s for the times when you want the Evoque to hold its line. Interestingly, the instrument backlight turns red as you slot the car into Dynamic mode.

The Evoque is a trendy looking machine, which boasts all the qualities of a genuine Land Rover. It can do some serious off-roading while still acting in the most civilized manner on the road. But most of all, the Evoque is unlike anything else on the road when it comes to styling. It’s a sensationally good looking vehicle, and is capable of turning heads where similar specced BMWs and Mercs will fail miserably. It’s truly got a character which is unmatched by any other vehicle not just in its class but across the entire range of automobiles.

Land Rover is planning to price the Evoque SD at around Rs 49 lakh, which is quite optimistic. However, the Evoque is well equipped, is an accomplished off-roader and looks like a million bucks. For those who crave for class and exclusivity, we’re sure this will be a buy!