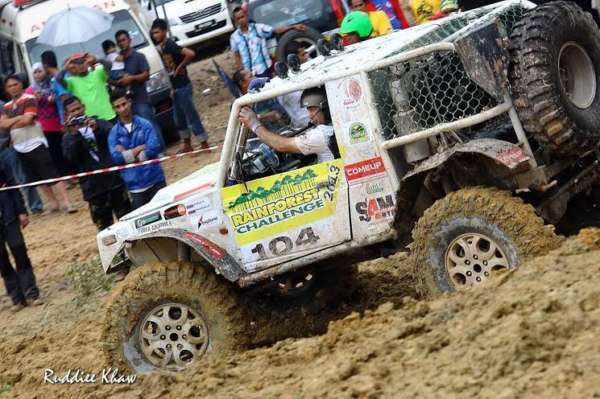 One of the world’s renowned 4X4 off-road motorsport event, the Rainforest Challenge (RFC), has finally made it to our country and RFC India’s first edition will take place in August this yeaer. The RFC India will take place from 7th to 17th August and will see teams struggling battling rugged terrains of the Indian rainforests.

RFC has been brought to our country by Cougar Motorsport, which is knwon for holding off-road events for many automobile manufacturers in thr country. This list of car makers includes well-recognized brands such as Land Rover and Mitsubishi. The announcement about India’s entry to the RFC Global Series 2014 was made in the capital today with RFC Founder Luis J.A. Wee handing over the RFC India Flag to Ashish Gupta of Cougar Motorsport.

First launched in Malaysia in 1997, Rainforest Challenge aimed to give avenue to keen off-road driving enthusiasts for sharing their passion and competing with like-minded people. Over the years, RFC has not just become an annual international off-road challenge of Malaysia but has also been replicated globally in countries like Italy, Russia, Sri Lanka, Vietnam, Tunisia, China and Australia. Listed in the top 10 Toughest Motor Races in the World, RFC has now set its eyes on catering to the needs of its fans in India.

According to Mr. Wee, “Globally, RFC follows the motto of the survival of the fittest, not only in terms of physical fitness but also mental endurance. It is an extremely tough challenge for all 4×4 fanatics who dream of taking on a jungle adventure with all its hardship, endurance and extremities; especially considering the fact that RFC’s core philosophy requires for the event to be organized in the rainforests in monsoon season. Talking about the new event, he said,”I would like to see how well Indian off-roaders are able to stand the unpredictable jungles amid perpetually wet conditions without losing their cool and positive frame of mind. Hopefully, they will live up to the standards that have been set by RFC Champions globally.”

More than 50 teams, are expected to participate in the first edition of RFC India.

Commenting on the partnership with the Rainforest Challenge, Cougar Motorsport’s Director Ashish Gupta said, “It is a matter of pride for all of us to see India on the global RFC map. All 4×4 offroad driving enthusiasts in India aspire to participate in the Rainforest Challenge but it is difficult for them to travel abroad with their vehicles and be a part of this mega international event. With RFC coming to India, they will get to experience the same level of extreme offroading and competition as the mother event in Malaysia right here in their home ground.” 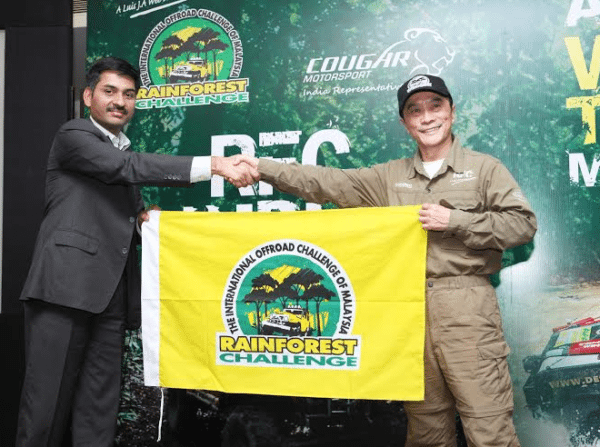