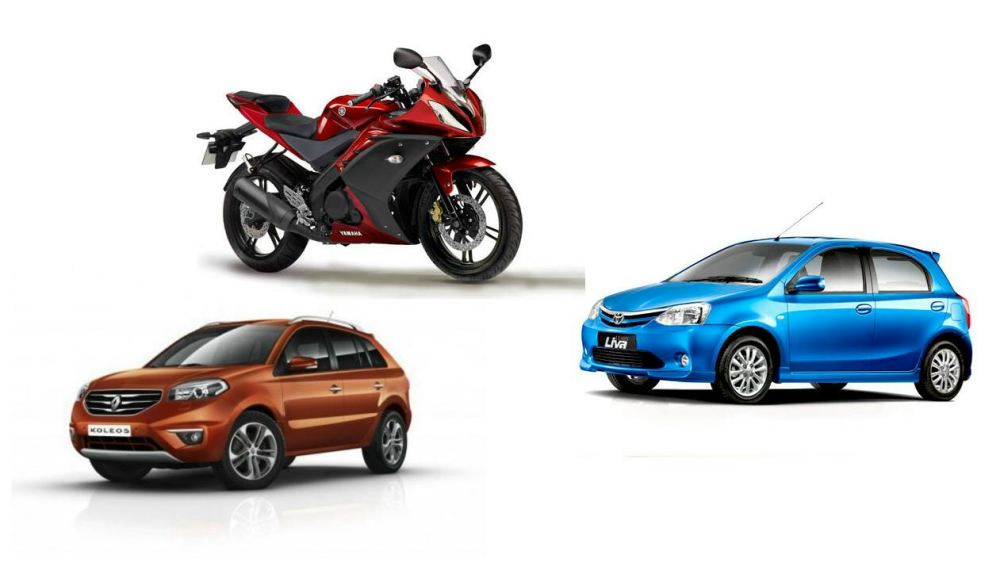 Auto Industry in India has heated up to searing levels of late. While August was one crazy month for auto launches with more than a dozen releases registered, there seems to be no letting up in September either. The month has some really tasty launches lined up, which means a lot more work of us, and plenty of stuff to read for all you good blokes.

The action will begin with the launch of the new R15 in New Delhi tomorrow. Yamaha have christened the new bike R15 Version 2.0. In its new avatar, the R15 will feature sharper styling, fatter rubber, more aggressive riding position, new wheels, new seating and a few more changes. If some rumours are to be believed, the prices of the bike in its new avatar may be slashed a bit.

This will be followed by the Renault Koleos launch on the 8th of September. This launch too will take place in Delhi. The new crossover from the French carmaker will come with a 2.2 liter diesel engine with 150bhp and 340Nm of torque. Loaded to the gills with features like a Bose audio system, 4×4 and Cruise Control, the Koleos may well create some stir in the compact SUV market if it is priced well.

Then there will be the launch of the Etios / Liva diesel variants on the 9th of September 2011. Incidentally this launch will also take place in Delhi, just like the earlier two vehicles. The diesel engine for the two cars will be a 1.4-liter common rail unit with a fixed geometry turbo, and producing about 68PS. The fuel efficiency is expected to be around 22kmpl. The cars will sell with a premium of about Rs 1 lakh over their petrol versions.

Expect us to bring you all the information about these new  vehicles in great details. Stay tuned!