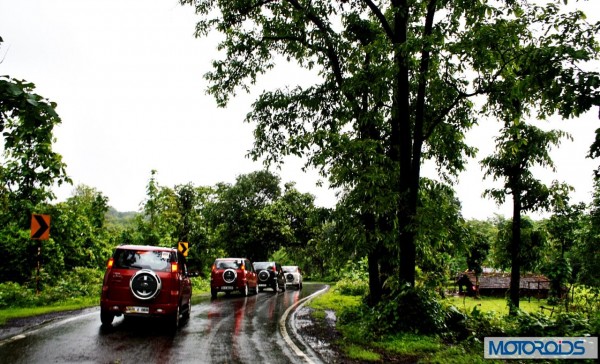 Mahindra Adventure recently held its “Quanto Weekend Escape”, a two day TSD (time, speed, distance) rally to the Sula Vineyard in Nasik and back. This competitive and scenic TSD weekend drive was held on 13th-14th July 2013 and was open to Quanto owners. Motoroids were also invited to the drive as a part of the media contingent to participate in the rally. 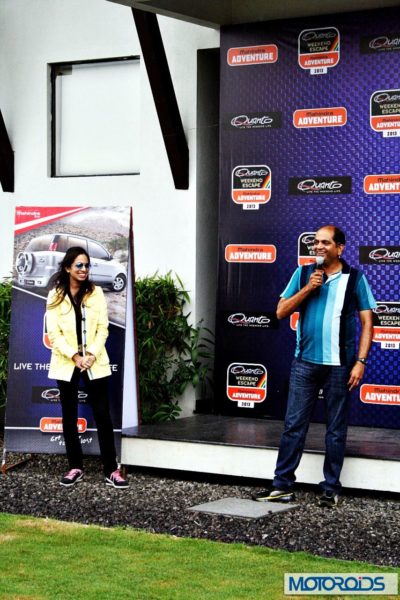 The proceedings of the event began from Mahindra and Mahindra towers, Kandivali. A briefing meeting of all participants was held where various instructions and introductions to various terminologies were well explained. Most of the participants were fairly new to the “TSD” format and various questions were answered. Each participating team received their kit which included set of instructions and the road book which would be heavily used throughout the day. Time and Speed would play a very important role throughout the day – the ground rule was simple – being late at a checkpoint would result on a penalty, being early at a checkpoint would be 10 times the penalty!

The rally was flagged off from the Mahindra and Mahindra towers at 9:30 AM and ended at Sula Beyond, Nasik at around 7 PM. 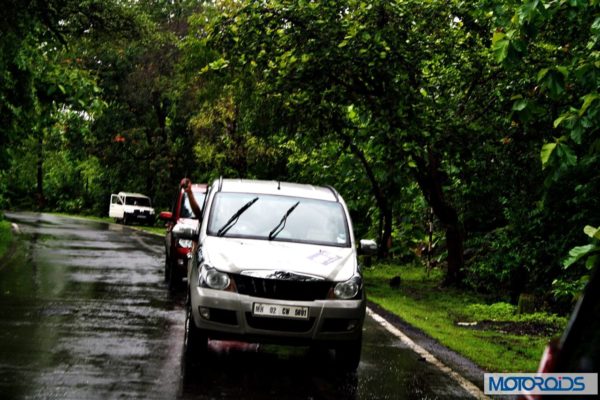 Post the flag off the convoy moved at a steady pace and headed to its 1st destination, Café Coffee Day – Manor. A series of conversations over the wireless radio ensued as everyone started getting comfortable in their vehicles. In store ahead was an exciting, energising and a wonderful experience with a scenic backdrop as a sumptuous icing on the delicacy!

A wonderful snack and coffee break awaited at Café Coffee Day, Manor. The second and the TSD league was flagged off from here. The distance to be covered was merely 54 odd kms, this however was a great task as the average completion speed of the same was a mere 24 KMPH with 4 checkpoints on the route. Mahindra sure did put our mathematics calculations to test! 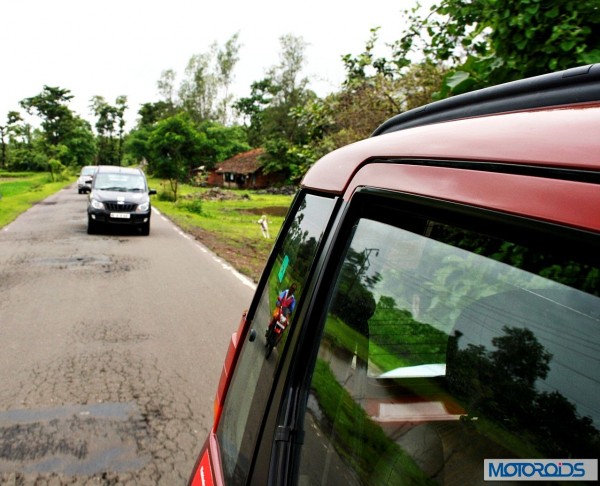 The further we ventured away from the concrete jungle the surroundings that greeted us were breath-taking and we knew we had much more in store ahead.  The conversations over the radio got more interesting with jokes, remarks and rounds of introductions.  The second league roughly took 2 hours to complete and ended at Shanti Sarovar Resort, Jawhar. What followed next was a quick refresher lunch session.

The experience so far was amazing and it just couldn’t get any better. But things were about to shift gears and just get better from here. 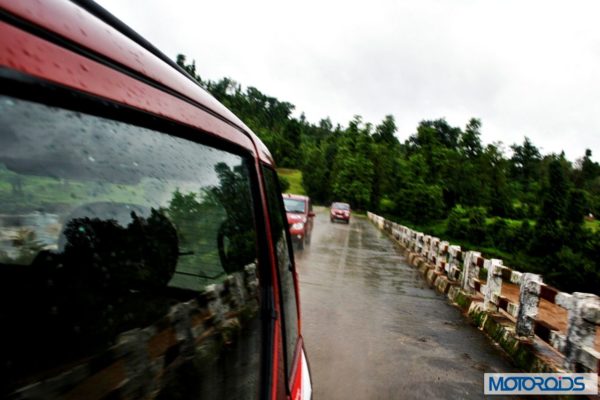 What followed next was divinity personified. The well tarred and the concrete roads soon disappeared and the road transformed into a muddy, rocky, terrain all with ever changing climate conditions and mountains, waterfalls, rough patches of roads. We drove through bridges over small water bodies, landslides, and remote unexplored villages. We had a great audience all the way, the audience were small children in these remote villages who gathered in flocks to greet and wave out to us in the car.

This is also where the teams got easier and let’s just say – talkative! While some  decided to stay silent and enjoy the drive with the maximum concentration, others joked around on the radio. What followed next on the airwaves were route discussions, road warnings, laughter all the way to permission seeking over the radio for overtakes!  Due to the nature of the roads and very less overtaking opportunities often cars stacked up one behind the other and it was wonderful synchronous driving. That said – no one lost an opportunity to get ahead of the others! Some scenes were breathtaking and no opportunity was lost to slow down the pace and catch a breath and soak it all in within. 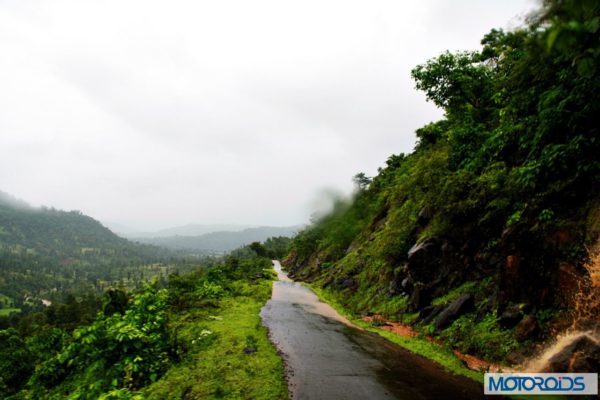 League 4 was the shortest of all, leading us to the very scenic and luxurious Sula Beyond resort. What awaited us was some exquisite wine and a karaoke evening followed by dinner to end the proceedings of Day 1. 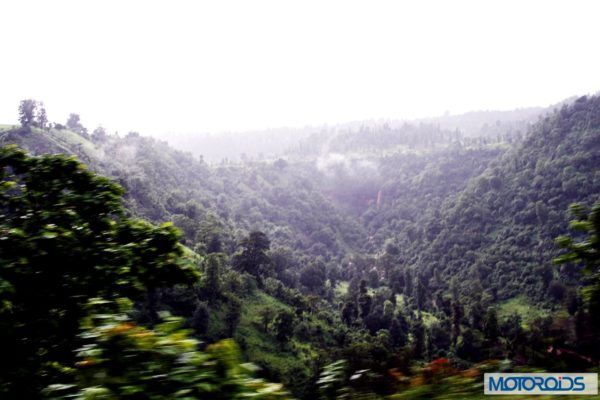 Day 2 started with a meet –greet of all participants over breakfast with everyone excited for the “Gymkhana” session. Various driving skill tasks awaited us here. Tasks involved testing the driver skills – (Pole Dancing) passing the car through as narrow path as we can, (Reverse Forward) obstacle driving in straight as well as reverse direction! And lastly (No Brakes) obstacle driving without using leg/hand brakes, totally relying on clutch control and manoeuvring skills. 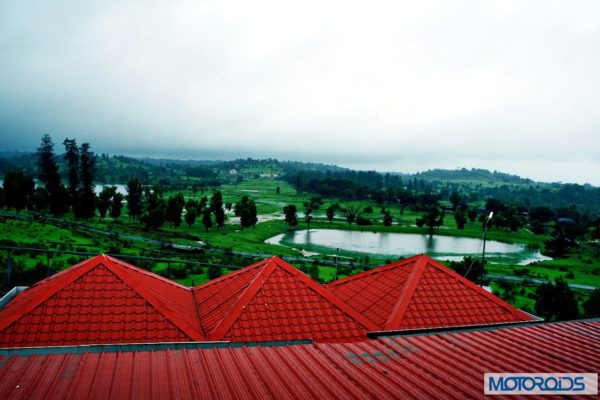 The fun and frolic continued further with a wine tasting session and vineyard tour learning the procedures and process of wine making. Afternoon concluded with the prize distribution ceremony along the pool side followed with lunch. Participants then made their way back to the city taking back memories of the wonderful experience and a great Mahindra Weekender! 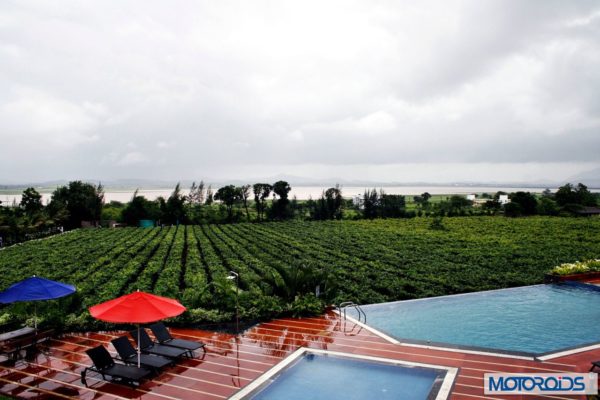 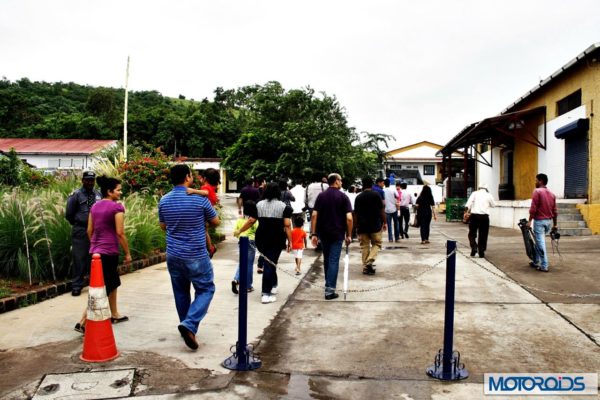 The winners in the various categories were as follows: