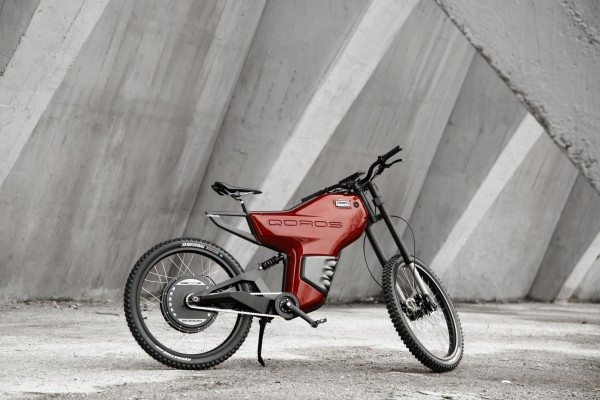 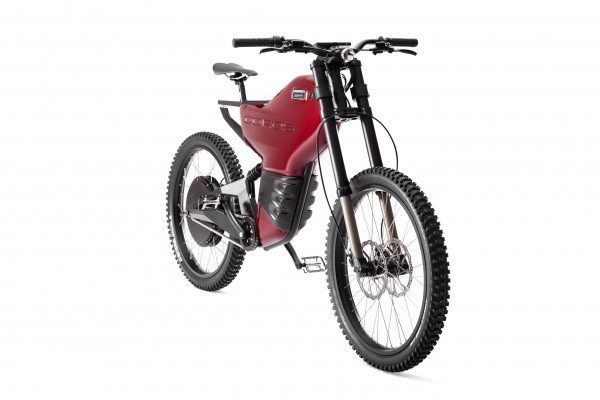 The eBIQE Concept is created for the modern metropolitan consumer, and the bike can be used for commuting, leisurely rides or exploratory off-road adventures. It is a concept of a cloud-connected electric bike and showcases numerous Qoros design cues carried over from its production cars.

Riders can choose to pedal with no assistance, pedal with assistance from the electric motor, or go with motor-power only. When using the motor, users can choose between three driving modes: Street, which limits top speed to 25 km/h so it may avoid being legally classified as a motorcycle in some countries; Eco, which maximises energy-efficiency; and Power, which allows for faster acceleration and a top speed of 65 km/h. With 60 Nm of torque available throughout the rev range, on battery power alone, the eBIQE Concept in this mode can reach 25 km/h in an impressive two seconds. It has a charge time of just 80 minutes from any regular power outlet – perfect for the city dweller.

The connected technology used in the eBIQE Concept is based on the QorosQloud platform. With a permanent 3G connection it is operated through an advanced five-inch touchscreen mounted on the handlebars or in the cloud via the user’s smartphone, tablet, PC or Mac using the dedicated website or app.

“The intent is to adapt the QorosQloud platform that is already being enjoyed by drivers of our cars so that it would deliver the same level of powerful functionality, convenience and social networking services to enhance the eBIQE Concept rider’s experience,” explains Stefano Villanti, Executive Director of Sales and Marketing at Qoros. “Even the Eco-drive monitoring service that helps Qoros drivers to increase their driving efficiency is considered in the eBIQE Concept, with the ride behaviour analysis feature conceptually developed to enable users to assess their riding style.”

“QorosQloud can allow riders of the eBIQE Concept to integrate like never before with the physical and digital world while making their lives easier and more enjoyable,” concludes Villanti.

Gert Hildebrand, Executive Director of Design at Qoros, said: “We designed the eBIQE Concept with our modern metropolitan customers in mind. It embodies some of our key philosophies – simple and elegant design, cutting-edge technology and the desire to make our customers lives easier and more enjoyable. As with our cars we delivered all this while creating a product with uncompromising standards of high quality.

“There are over 130 million e-bikes in China, where several major cities have already restricted the use of gasoline motorbikes or have banned them completely. Chinese e-bikes are primarily used for commuting, but the Qoros eBIQE Concept was conceived to go further – it performs superbly as a commuter and is fun and highly-capable in an off-road situation as well.”