First they had to be cranked with a handle. Then came the key. The fancy things these days are a push-button starter and keyless entry. But that too will be yesterday in 2019, when the new-gen Hyundai Santa Fe goes on sale next year. The SUV will come fitted with a scanner on its door handles and the ignition button, which will allow the driver to unlock and then start the vehicle using his/her fingerprints.

Just like our phones, the system will let multiple users register their fingerprints, so that more than one person can use the car. Post the recognition by an encrypted system, the car will then automatically adjust the driver’s seating and adjust the mirrors to the last saved position. A future update will sync the biometric system with things like the aircon temperature and steering position too. According to Hyundai, the system which receives the encrypted fingerprint data from the touch sensor in the door handle has an error rate of 1 in 50,000. Which, to give you a perspective, is similar to Apple’s Touch Id for its phones and is considered one of the most secure biometric systems for mass-produced gadgets out there. 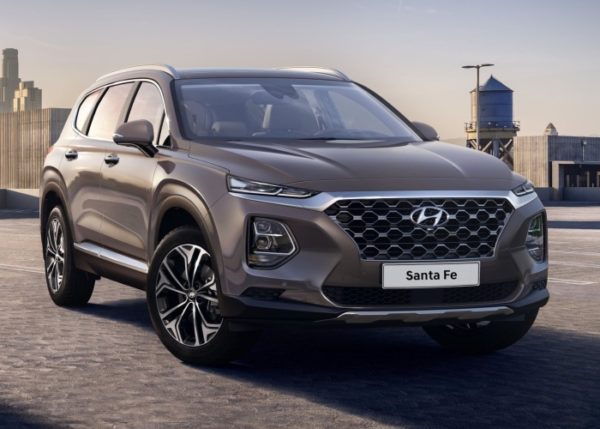 However, don’t expect this system to make its debut on your next Hyundai purchase in India any time soon though. The China-spec 2019 Hyundai Santa Fe will be the first car to come fitted with this feature when it goes on sale there in the first quarter of 2019. However, for being at the forefront when it comes to introducing the latest, segment-first features even with their everyday cars, we expect it won’t be long before Hyundai introduces this technology in the Indian market. On a lighter note, with so many advancements on the way, car jackers might just have to take some mid-life tech lessons or start thinking about an alternative career instead.