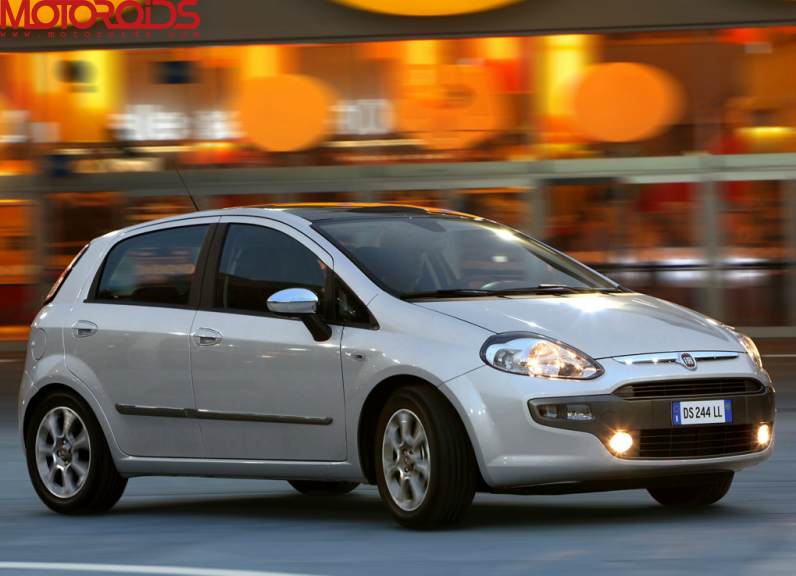 The Fiat Grande Punto has been around for about two years now. Great looking, with fantastic dynamics and unbeatable sturdiness, technically, the Punto has to be one of the most robust cars in its segment. The pure Italian lines of the car, along with the aforementioned features have won it many fans. However, the car has been there in the international market for much longer than it’s been sold here in India. It’s quite obvious then that it requires a makeover now.

Responding to the need, Fiat will soon inject some Botox into the panels of the car. The face lifted version, to be called the Punto Evo, should be here soon. The new version of the car will get a new bumper, with a more aggressive central air dam and a new position for fog lamps. The headlamp assembly will get its set of changes too with a smoked out finish. There will also be a new chrome slat just below the bonnet lip, with the Fiat badge sitting pretty in the middle to add a bit more exclusivity to the whole package.

Just like the front, the rear end too will get its cosmetic upgrades. Bumpers would be in line with the treatment at the front, and the tail-lamps will get altered too. The car remains unchanged in profile, except for getting a new, more aggressive design for the alloy wheels.

On the inside, the cabin will get thoroughly refurbished to allay the complaints of most users who don’t consider Punto’s cabin as up-to-the-mark. The current retro-style instrument readouts will give way to more modern looking gauges with a black dial. The silver finish material for center console and buttons will be replaced by black materials. The gear lever, the dashboard, the A/C dials – everything is new, except for the steering wheel, which has been carried over from the earlier model.
No changes will be made to the very competent underpinnings of the car, nor will the engine be touched. The Punto Evo has been around in the internationally for some time now, and it shouldn’t be a big task to bring it to India. No timelines have been revealed, we should see something happening by the end of the year.