For dropping hints about the way it looks, if Tata’s new premium hatchback has managed to drop your jaws already, these teaser images of their new SUV will make your eyes roll. Following the manufacturer’s new Impact Design 2.0 philosophy, the all-new Tata H5 is a bold new step for the homegrown car maker. 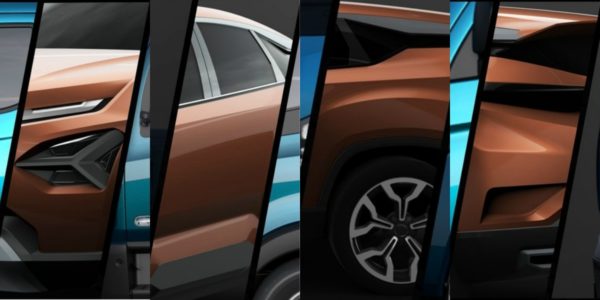 The front is accentuated with a thin LED headlamp cluster which cuts a futuristic picture and a large bumper with sharply designed inputs. The entire bodywork could well be underscored by black cladding, also pinning itself across flared and muscular wheel arches. What could really stand out as the magnet which attracts your affection towards all things all things metal is a sloping roof line which drops into an interesting looking rear section. The shoulder line gets pinched near the C-pillar and continues towards large, smoked taillights which sit below a rear windscreen that merges seamlessly with the side glass. 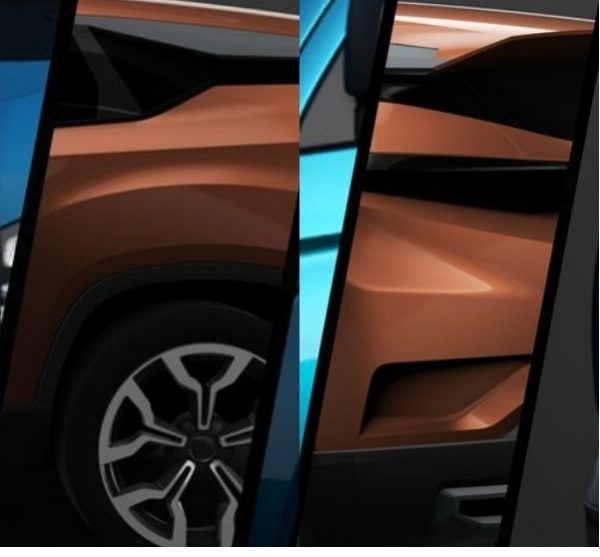 Production variants of the Tata H5 will be powered by the Fiat sourced 2.0-litre Multijet II motor which also powers the Jeep Compass. For the 5-seater and 7-seater variants (Also called Q501 and Q502 until now) of the H5, the engine could be tuned to deliver 140 hp and 170 hp respectively. Based on Land Rover’s L550 platform, the Tata H5 will make its debut at the upcoming 2018 Auto Expo in concept form, before a production version shows up some time next year.