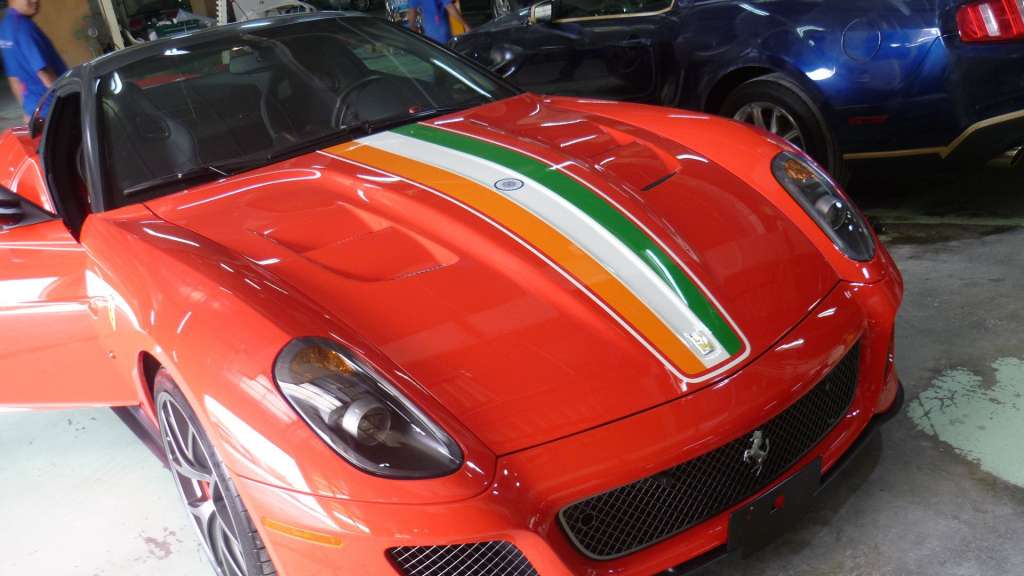 The stakes for the gifts to be offered for players after winning the world cup keeps on going higher. Hyundai started it by announcing that if India wins they will give a the new Hyundai Verna to each of the 15 players, then Audi decided to gift Yuvraj Singh an Audi the same way they gifted Ravi Shastri in 1985. Now the Indian Skipper M.S.Dhoni is going to receive a Ferrari 599 GTO.

Ferrari describes this car as Ferrari’s new extreme V12 berlinetta, the 599 GTO, delivers a lap time of just 1 minute and 24 seconds at Fiorano, making it the fastest road-going model in our history. This limited edition special series of just 599 is the new pinnacle of Prancing Horse sportiness and has benefited to an enormous degree from technological transfers from the track. Many of the cutting-edge solutions sported by the 599 GTO are also the product of the Maranello engineers’ experience in the development of the 599XX, the prototype experimental car of which, as its legendary moniker suggests, the 599 GTO is the road-homologated version.

Powered by a humongous 670 hp V12 engine and a top speed of over 334 km\hr this one is sure to burn the Indian roads. The one gifted to the Indian Skipper has the Indian flag on its hood. What is still suspense is that who has gifted it to MS Dhoni? Is it the BCCI or Mr.Pawar or Mr.Modi? Ferrari is surely on its way in India but it has made no official statement on this gifted car. After Master Blaster Sachin who was gifted the Ferrari Modena for equalling Sir Don Bradman’s feat of 29 test centuries, now it’s MS Dhoni to zoom past the roads with the blood red Ferrari.