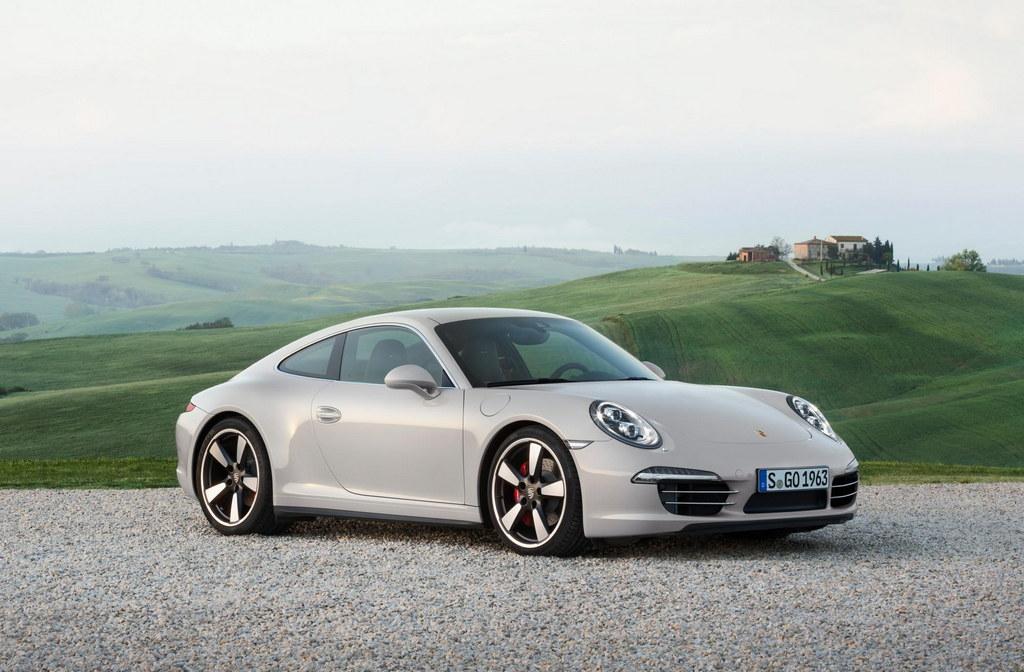 The Porsche 911 (nine eleven) has been one of the iconic cars in automotive history since its inception in 1963. The month of March this year saw the 911 complete a glorious 50 years of its legendary stature with Porsche deciding to rightfully celebrate the occasion with a special limited edition of the 911. 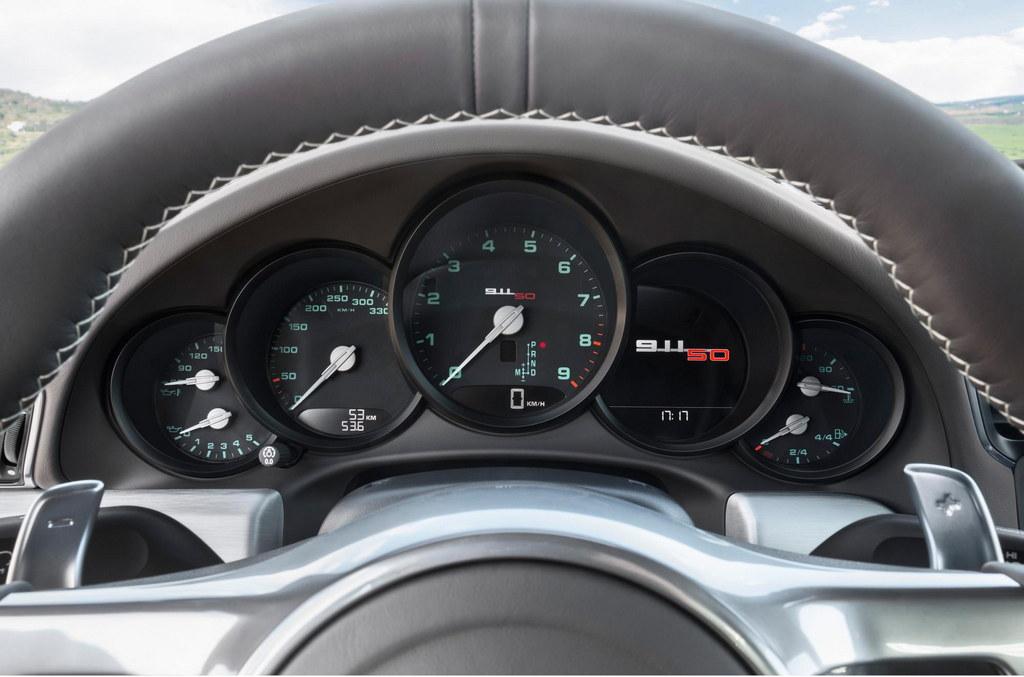 To start with, the production of the 50th Anniversary Porsche 911 has been capped at exactly 1,963 units to mark the year of its inception. Based on the 911 Carrera S- the limited edition 911 is powered by a trademark 3.8 litre flat six engine with a powerkit package that kicks up the horsepower to 430 bhp capable of hitting the 100 kph mark from standstill in 3.8 seconds and a top whack of 300 kph. 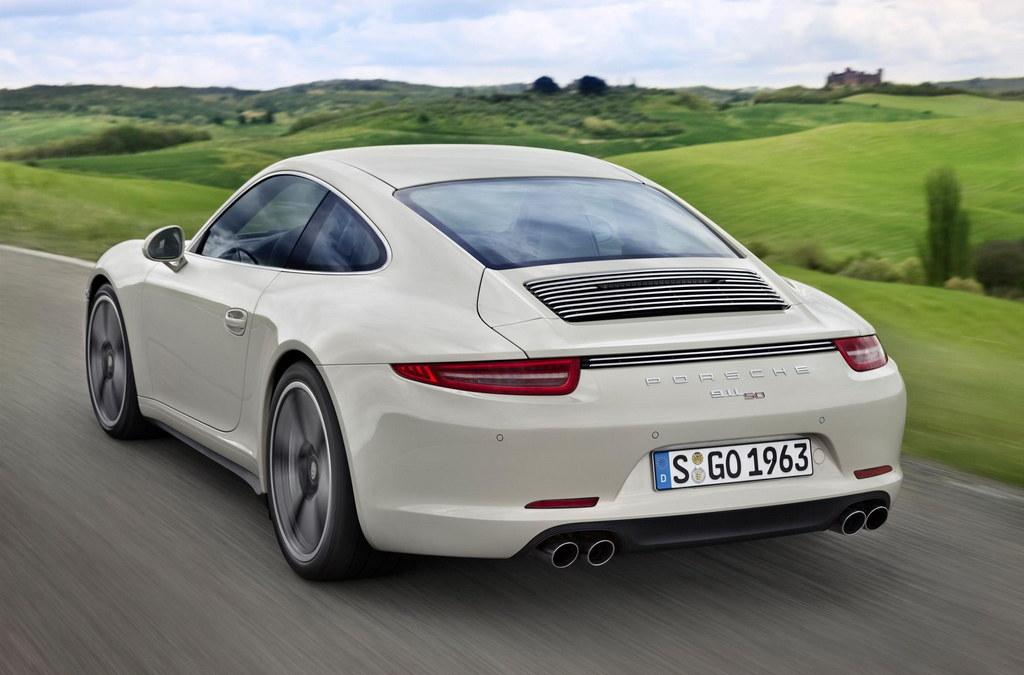 On the exclusivity front, the 911 gets a two-tone 3D-effect badge reading “911 50” affixed on the headrests, door sills, tachometer and the cup holder panel alongwith the limited edition number of the car. 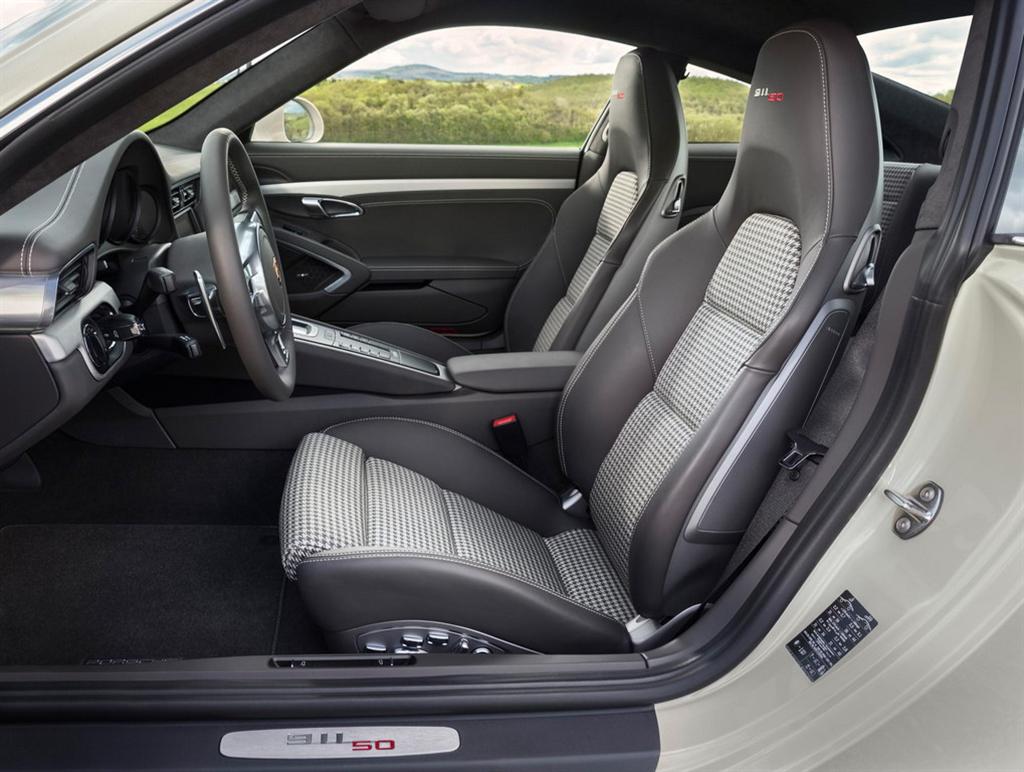 Apart from the “black monochrome” paint scheme, the limited edition 911 would also come draped in darker graphite grey and a lighter geyser grey metallic shades. The numbers on the instrumentation have been done in green with white needles adding a sporty touch. The leather seats are retro styled with “Pepita” tartan fabric- something which was used in the original 911. The five spoke 20 inch wheels are designed on lines of the classic “Fuchs” rollers. 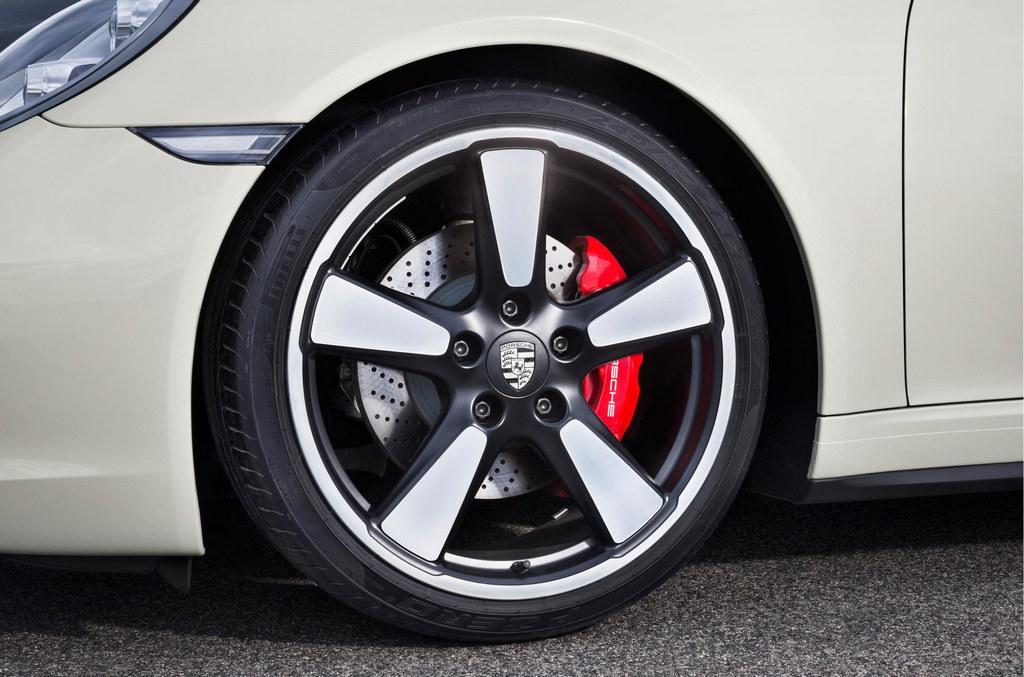 The Limited edition Porsche 911 is slated for public unveiling at the Frankfurt Motorshow in September this year. Prices have already been announced starting from US$ 1,24,100/- excluding delivery charges of US$ 950/-