A Porsche Panamera owner had the worst start of the year in China. The incident happened outside a local college campus in China. The owner was leaving the premises when it was raining. He spinned, lost control of his vehicle and ended plunging the Panamera into this 1ft deep pool. 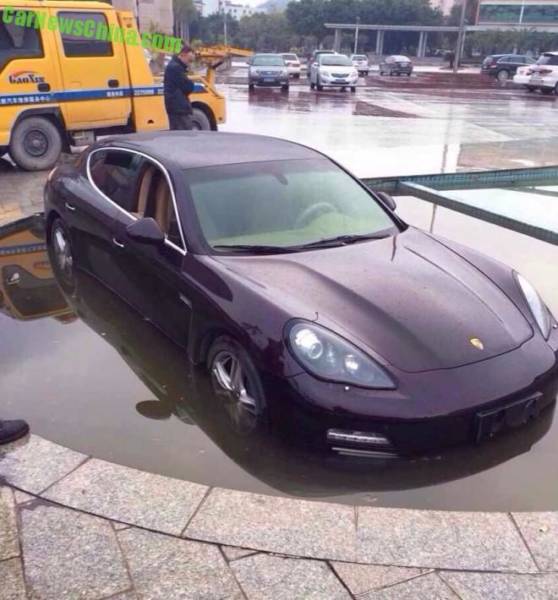 The incident happened due to the surface being slippery as per local reports. Onlookers reported seeing the car spin out in very slippery conditions and end up in said pond before being pulled out by rescue crews with minimal damage. The Panamera was parked at the edge of a square outside a college building in Chaozhou, Guangdong. In China, the Porsche Panamera is priced at around $225,000 which is nearly double of its price in the USA. Here is the picture of the owner regretting his mistake of driving into the pond. 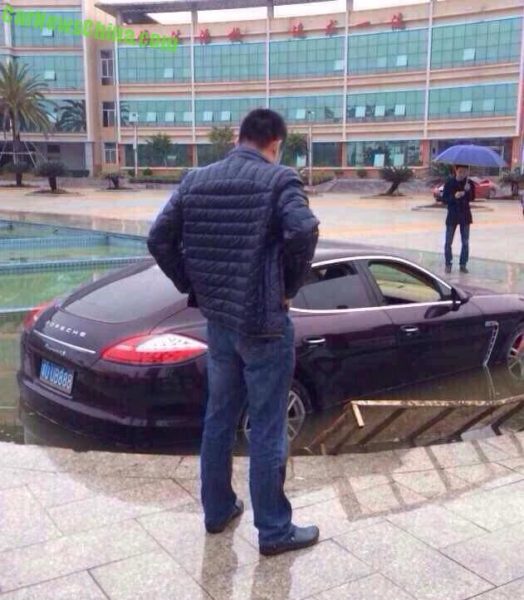 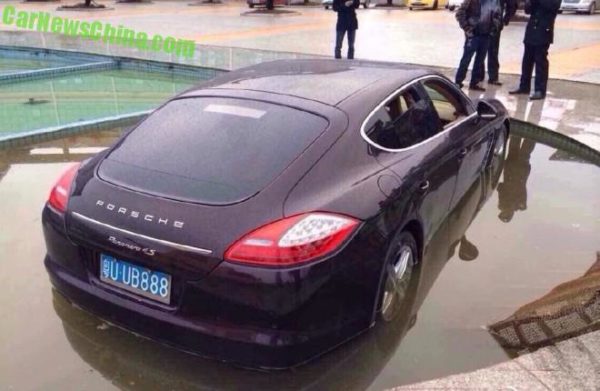