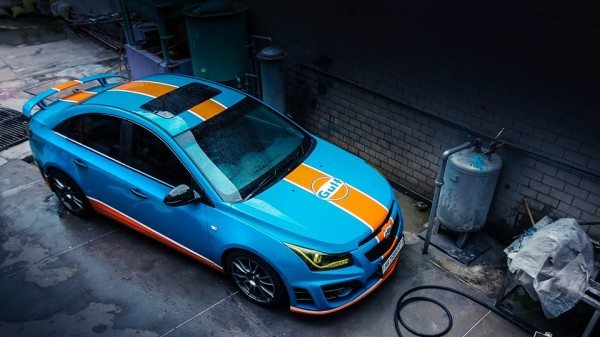 When launched, the Chevrolet Cruze won admirers and buyers in India by virtue of its appearance and that locomotive of a diesel engine. Unfortunately, with the arrival of other competitive packages, sales of the Cruze lost its steam. Unnoticed face-lifts band upgrades did not help its cause much, nor the inclusion of an automatic transmission, and now GM India isn’t being able to shift a whole lot of them. In November 2014, they sold just 70 examples of the Cruze. 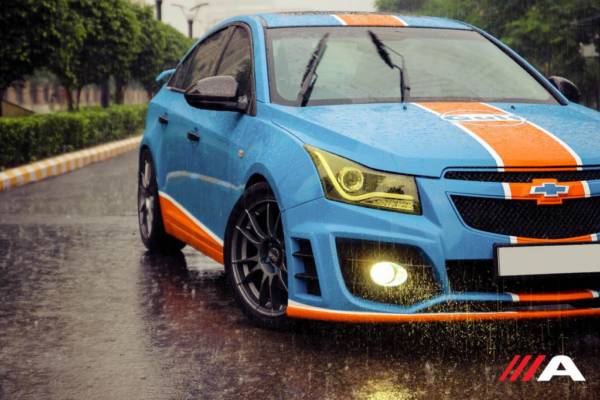 With its initial popularity, there are quite a few modified examples around, but Gurgaon based custom car outfit Autopsyche has undeniably whipped up one of the most eye-catching, modified Chevrolet Cruze (s) in the country. What straightaway garbs one’s attention is the custom, dual tone paintjob in Porsche Speedster Blue & BMW Fire Orange with the iconic Gulf Racing livery – no wraps or stickers here. 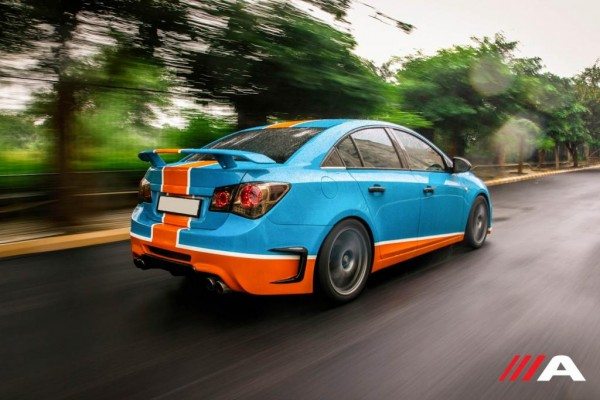 The body work is accentuated with a custom designed body-kit which includes the aggressive front bumper, re-worked front grille, and the rear bumper with a diffuser straddled by dual, functional exhausts on either side. At the back, an Audi TT RS Style spoiler signs things off. Carbon fiber details on the exterior include the mirror caps and a few lashings on the rear bumper. The head lamps are tinted in yellow, and includes projector illumination and DRLs, while the tail lamps are after-market LED units. 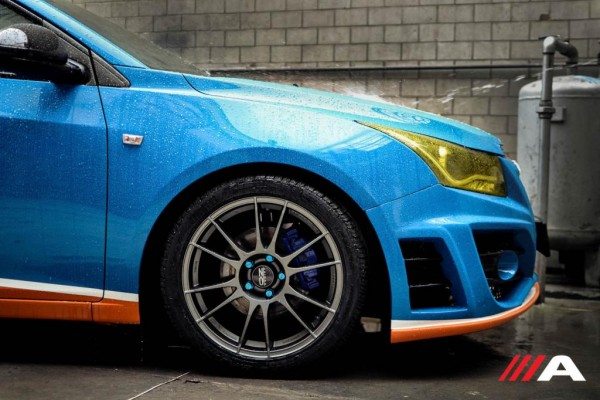 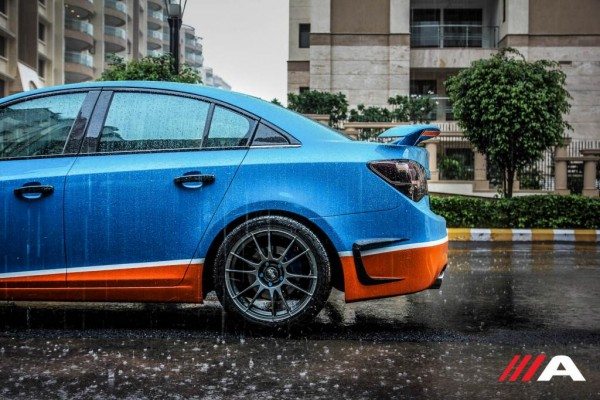 The Chevrolet Cruze is offered with one engine option and in three trim levels; LT LTZ and LTZ automatic. All three make use of a 2.0-litre diesel engine that produces 166PS and 320Nm of torque. Power is transmitted to the front wheels via a six-speed manual or a six-speed automatic gearbox. Prices start at INR 13,79,722 (ex-showroom)