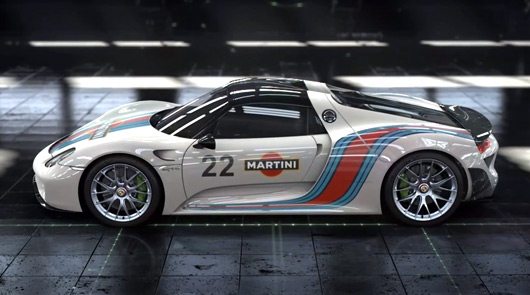 Porsche is working on a variable-compression engine in collaboration with Hilite International, according to patent filings published recently.  Hilite International is a leading maker of engine components including variable valve timing cam phasers.

With the focus in high-tech automotive developments shining brightly on hybrids and electric vehicles at the moment, one might be inclined to ask, why is this significant? Put simply, despite the impeccable levels of refinements it has reached in the last few decades of honing and perfecting, there’s still plenty of scope to improve the good old internal combustion engine. And a viable variable-compression-ratio system is just one of them. 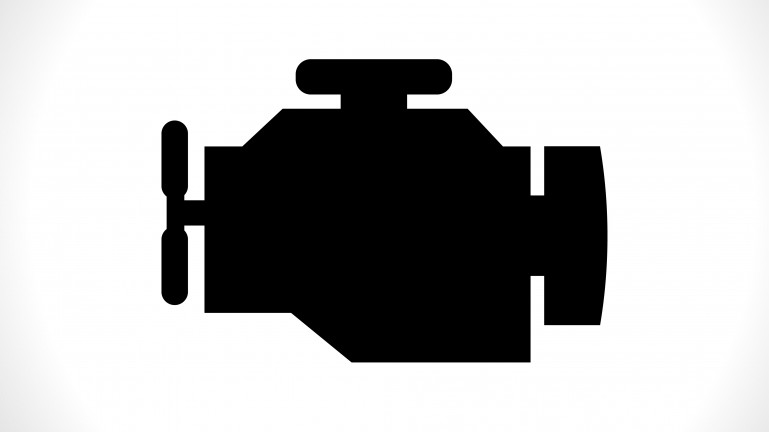 A variable-compression engine has the potential to maximize economy and efficiency while simultaneously improving outright performance, especially when paired with a turbocharger. As it currently stands, turbochargers are great when it comes to allowing relatively small-capacity engines to produce giant-killing performance, they do require a compromise in terms of compression ratio. To accommodate the increased volume of intake charge that the turbo supplies at full boost, a turbo engine needs a relatively low compression ratio, which in turn means they can be lethargic when boost levels are low. Increasing the compression ratio towards that of a normally-aspirated engine helps that low-speed performance, but means peak boost needs to be restricted because forcing more air and fuel into the cylinder means the effective compression ratio is increased – if it gets too high, the result is detonation, which is usually just as bad for the engine as the name suggests. 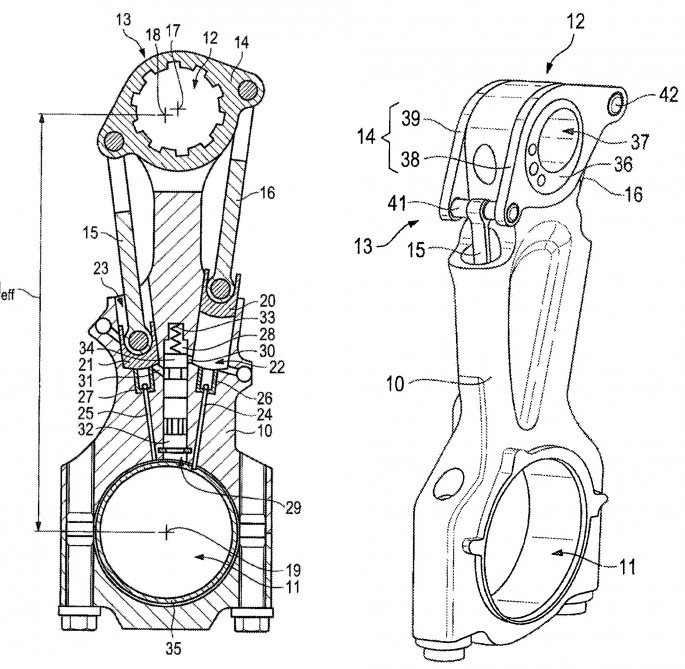 But by varying the compression ratio, engines will be able to use relatively high compression ratios with low levels of boost, effectively making the engine behave like a small, normally-aspirated design. In Porsche’s case it is achieved by putting the small-end bearing into an eccentric adjuster, automatically tilted by oil-pressure-activated rods either side of the con-rod. When needed, swiveling the eccentric adjuster moves the piston down a fraction reduces the compression ratio and allows the engine to cope with far greater levels of boost, resulting in massively increased power. Look closely at the patent drawings here and you will notice that the technology used here is quite similar to oil pressure operated variable valve timing systems.

To be fair, Porsche isn’t the first to attempt to make a variable compression engine, but it, and its partner Hilite International, seem to have struck upon a relatively simple, compact and workable method of achieving it. There still remains the question of whether the resulting engine will be cheap, effective and reliable enough to reach production anytime soon. Nevertheless, it is undoubtedly a step in the right direction and we are hugely stoked to see where this new patents end up in a few years’ time.