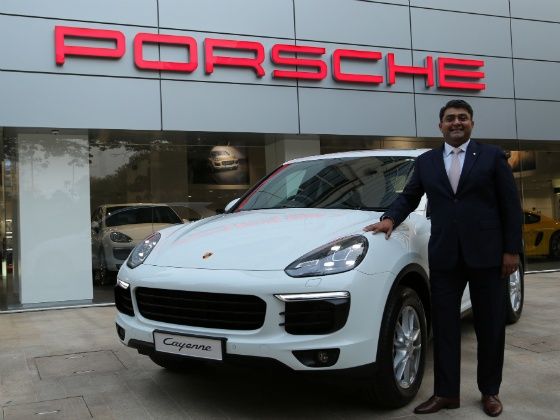 The Cayenne might be a bit of a misfit in the Porsche portfolio, but Porsche India have moved more Cayennes than anything else till now, and the same stands globally as well. With the 2015 Cayenne face-lift making its world premiere at the Paris Motor Show in October this year, the German luxury car manufacturer has just launched the same in India at an asking price of INR 1.02 crores (ex-showroom, Maharashtra).  On the cards are a couple of new variants- a plug-in hybrid (not available in India) and a new S model with a turbo-charged V6 engine. 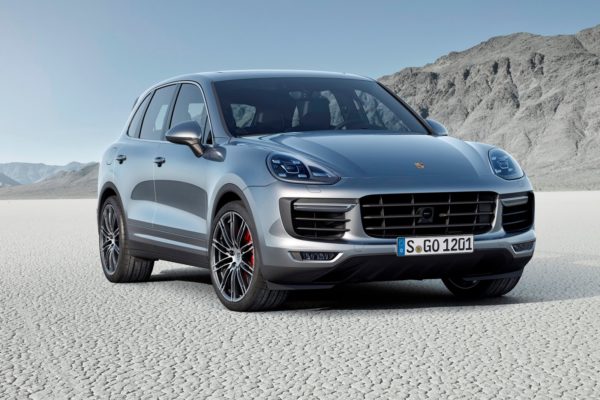 The revised styling is subtle and borrows heavily from the Macan SUV, especially the front fascia. The grille has grown and is flanked by Macan-inspired DRLs and similar elements. The Turbo gets more aggressive with the front, with a bigger grille, Active air flaps (a first in SUV history- to better aerodynamics and fuel efficiency) and nicely detailed headlamps with a hint of the 918 Spyder in them. The rear sees a new set of tail-lamps with blacked-out patches- again, much like the ones on the Macan, and fresh bumper work. Most of the roundness in the Cayenne’s design is gone and Porsche claims that the new styling is sharper. 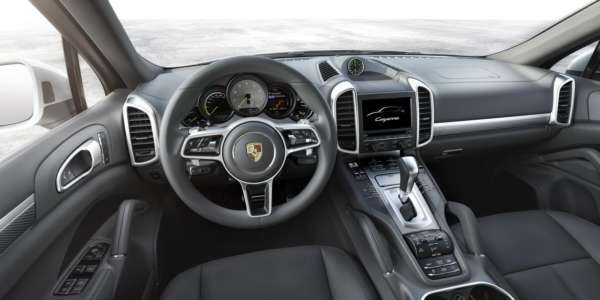 Fresh on the inside will be a new, 918 Sypder inspired, standard multifunction sport steering wheel with shift paddles, along with a new rear seating system that includes optional ventilation. Amongst other things, all 2015 Cayennes get an improved “auto stop-start function plus” system and optimized thermal management. 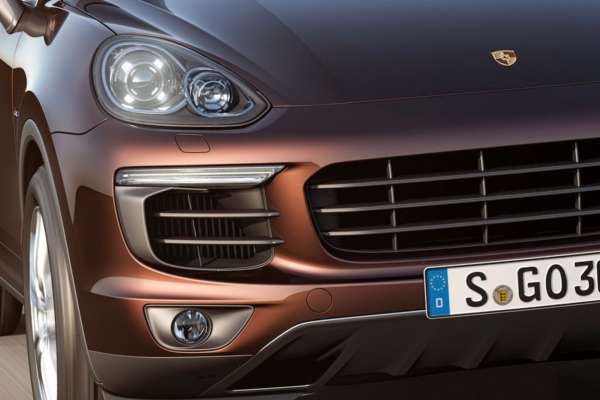 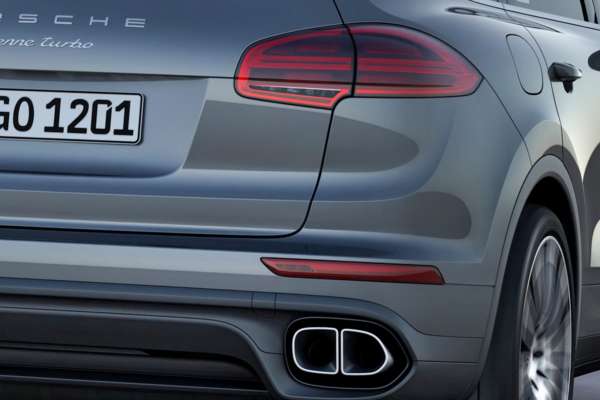 The downsizing syndrome continues to plague manufacturers and the erstwhile, naturally-aspirated V8 powered Cayenne S might be the latest victim here. For 2015, the burly V8 is shown the door and in comes a twin-turbocharged, 414hp (420PS), 3.6 liter V6 engine with 406 lb.-ft of torque. This allows the 2015 Cayenne S to sprint from zero to 100km/h in 5.2 seconds (5.1 seconds with the optional Sport Chrono package), 0.4 seconds faster than the V8 equipped Cayenne S. 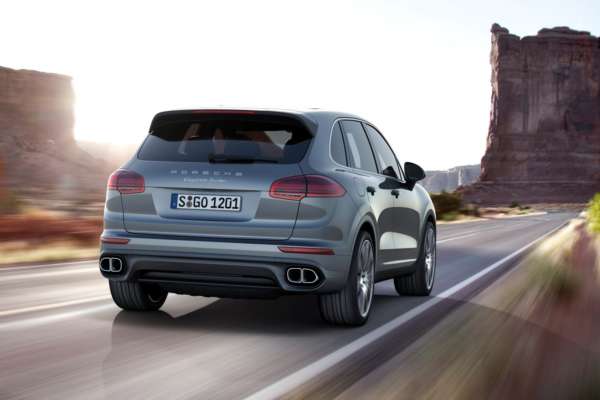