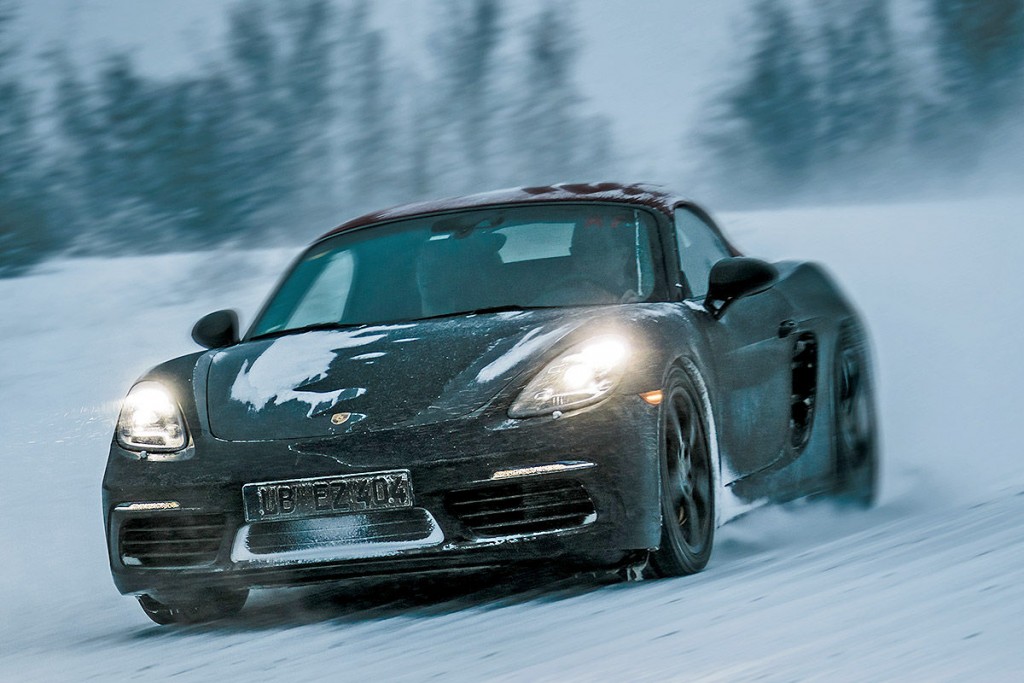 German publication AutoBild hitched a ride with Porsche when the manufacturer was out fielding the updated models of the Cayman and the Boxster for rigorous winter testing sessions. The publication got away with some magnificent images of the two highly anticipated sports cars playing in the snow, revealing most of the visual details. In addition, a bunch of specifications have also been divulged by the publication, as twenty men in eight cars, along with two mechanics were out to test the revamped models in snow and ice. 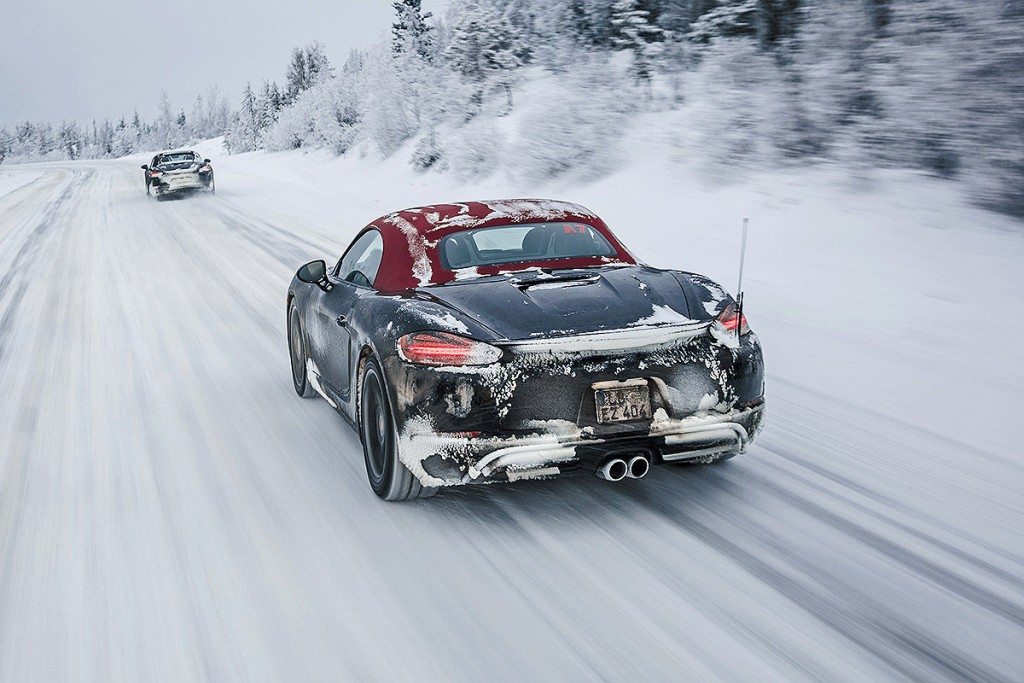 Earlier this month, Porsche announced that were bringing back the “718” moniker with the updated Boxster and Cayman models, and that they’d be addressed as the 718 Boxster and 718 Cayman respectively. The “718” pre-fix comes from the 1957 original, a race bred roadster that tasted a reasonable amount of success in the European racing scene. Along with the numerology, and subtly reworked styling, the updated models also feature new, downsized, four-cylinder, turbocharged engines. 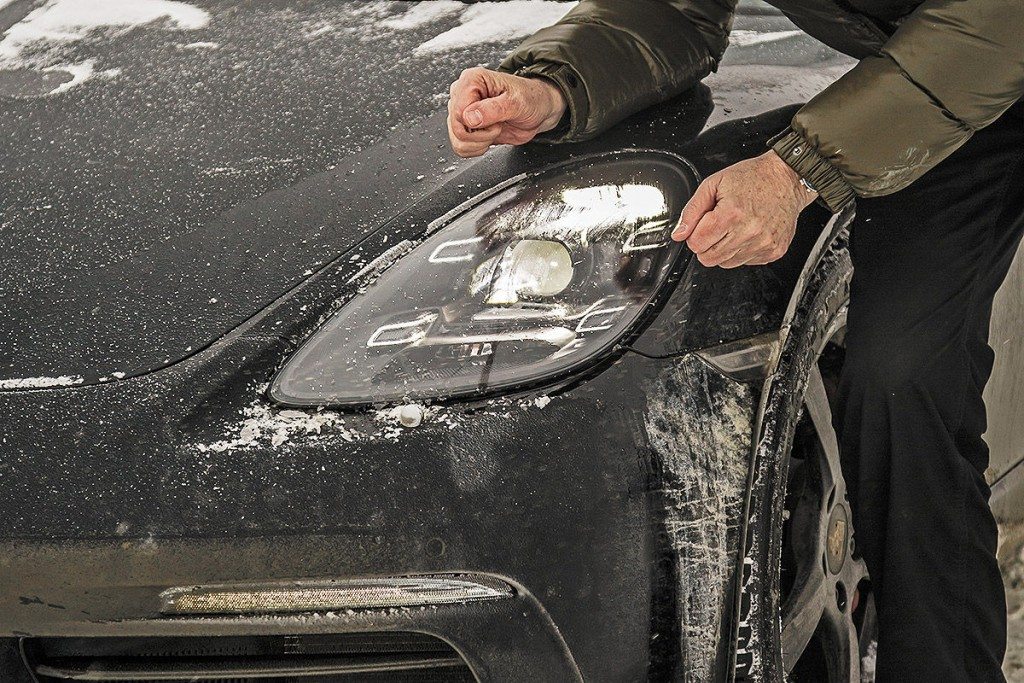 As for the styling updates, Porsche usually likes them to be few and far in between, which means that they are, indeed, few and far in between. Squint hard and you’ll notice completely redesigned front bumpers with slim DRL strips, new LED headlamps, revised graphics for the LED tail lamps and subtly redesigned rear bumpers. There’s also a set of fresh rear view mirrors, along with side reworked side air vents. 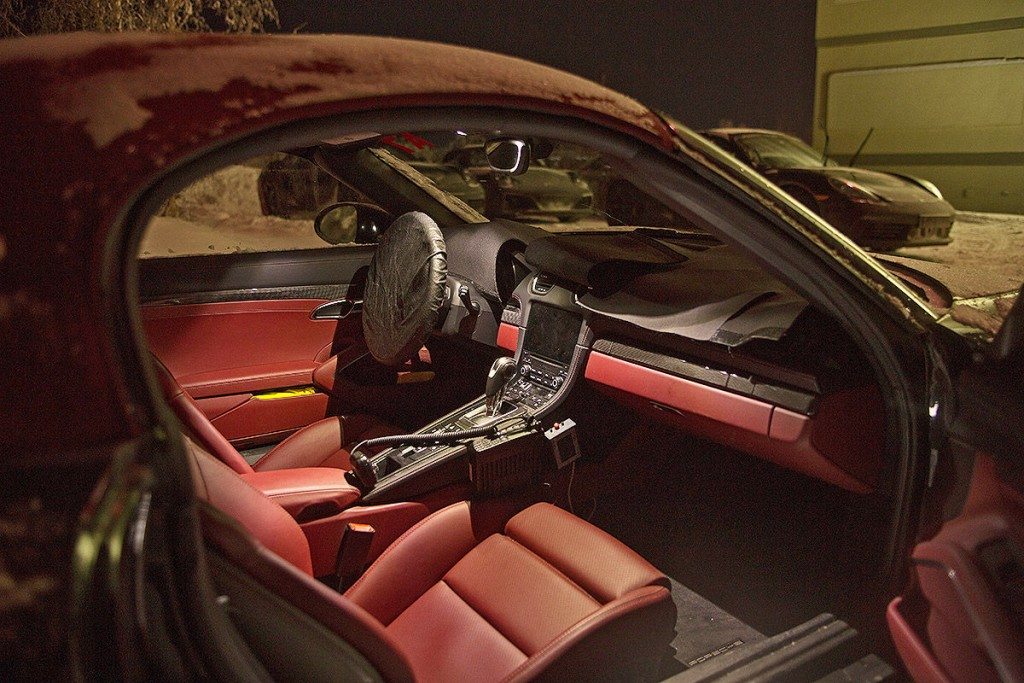 Drive-train updates are major, as they involve a new 2.0-liter, turbocharged, four-cylinder ‘boxer’ engine, good for 300 hp and 360 Nm. In the quicker S variants, displacement grows to 2.5-litres, while the figures are bumped to 340 hp and 400 Nm. A GTS variant is also due, which is rumoured to develop 365 hp. The Boxster/Cayman S takes 4.9 seconds to sprint from 0 to 100 km / h, while top speed is reported to be around 280 km / h. The entry model loses the acceleration duel only half a second and is barely ten km / h slower. 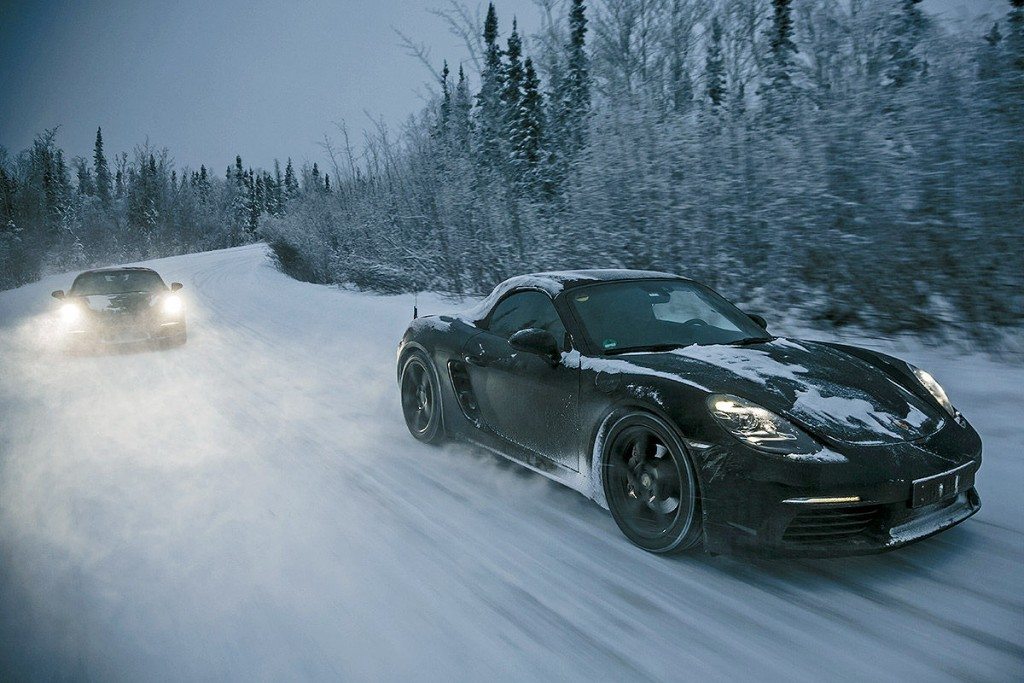 Transmission duties will be taken care of by an updated PDK automatic transmission, while the suspension will benefit from new PASM settings. While the S will benefit from powerful brakes borrowed from the 911 parts shelf,  the base model will get its anchors from the outgoing, six-cylinder S variant. Also, the 718 Boxster will be positioned at a higher price level than the 718 Cayman Coupé – as is the case for the 911 models. The interiors are also expected to get mild updates.