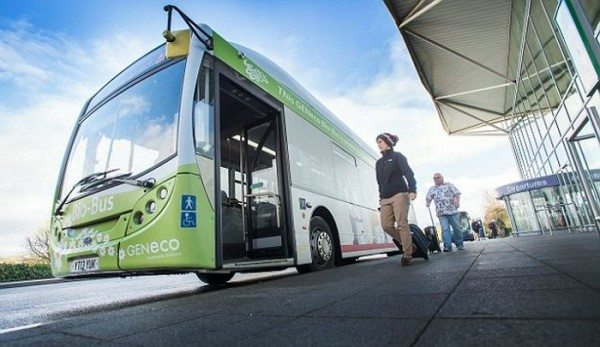 That’s right. UK just put its first bus powered entirely by human and food waste into service. The ‘Poo Bus’ can seen shuttling between Bristol Airport and Bath city center. Run by local tour operator Bath Bus Company, this 40-seat bus runs on bio-methane generated from the treatment of sewage and food waste, poo basically. This eco-friendly bus can travel up to 300km  on one tank of gas, which equals to the annual waste of about five people put together- that’s a lot of poo! 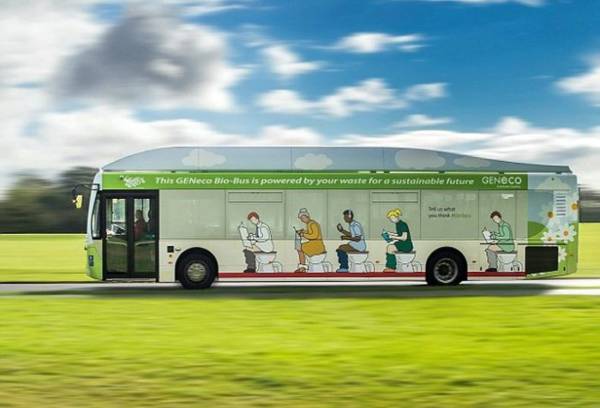 How does it work?

For starters, the bus is powered by a combustion engine that’s similar in design to diesel powered equivalents in conventional buses. However, it’s fuel here is bio-gas instead, which is generated through anaerobic digestion – where oxygen starved bacteria breaks down biodegradable material to produce methane-rich biogas. To power a vehicle, this biogas is cleansed off its carbon dioxide content, and propane is added. This compressed gas is stored in dome-like tanks on the roof of the “Bio-Bus”, post which care is taken to remove all sorts of impurities to ensure stink-free emissions. The result- this bus emits up to 30% less carbon dioxide than traditional diesel buses!