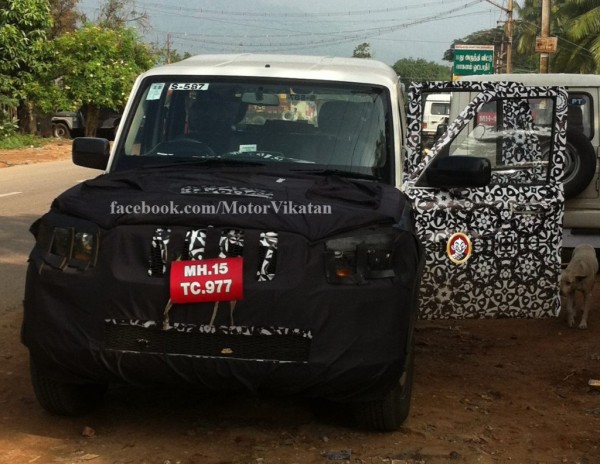 A prototype of the Mahindra Scorpio facelift, which is expected to be launched in India in the first quarter of next year, has been spotted testing again. This time around the car has been spotted by Motor Vikatan somewhere near Coimbatore. 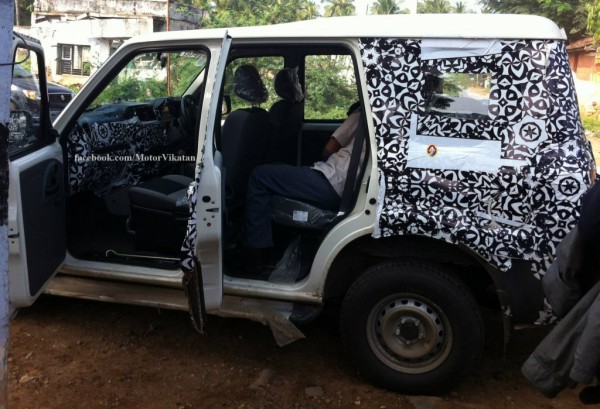 From whatever we can make our from this fresh batch of spy pics, it seems like the upcoming Scorpio facelift will come with highly revised headlamps that would have black tints, a new front grille, and a set of revised bumpers. It seems highly unlikely that the Scorpio facelift would sport changes made to the sheetmetal.

On the inside, it seems like the car will get a highly revised dashboard. The Scorpio facelift is likely to come with a new instrument binnacle, a highly revised center console and several new features. 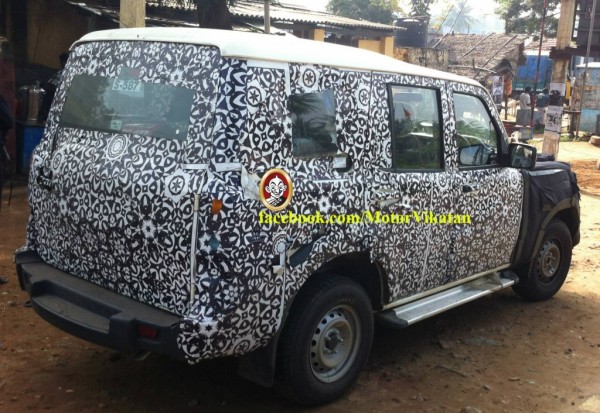 It may be noted that the Scorpio has been on duty since more than a decade now and the advent of fresh rivals has resulted into the sales of the popular Mahindra SUV taking quite a hit. The upcoming facelift, in all probability, would enable the fast ageing SUV to soldier on for sometime more, before the next gen model is launched in late-2015/early-2016.

What do you have to say? With the arrival of modern cars such as the Nissan Terrano, et al, would the visual upgrades for the Scorpio make the old workhorse sufficiently potent to fend off the increased heat? Do let us know about your thoughts by penning them down in the comments section below.

Stay tuned to Motoroids for more dope on the upcoming 2014 Mahindra Scorpio facelift.