Piaggio had started importing limited volumes of its Aprilia range in India earlier in 2011. Now the Italian automaker has plans to go ‘BIG’ with the launch of its Vespa scooter brand early next year. The company is considering expanding its two-wheeler business in India by bringing in other brands such as Derbi, Gilera and Moto Guzzi. In all, the firm owns seven brands of scooters, motorcycles and small commercial vehicles.

Ravi Chopra, CMD of Piaggio Vehicles India commented that the Italian company views India as an “opportunity” and that they intend to have a bigger share in the market. “We are carrying out a detailed feasibility study of the Indian motorcycle market to explore its potential and understand how we should enter, if we decide to do so,” said Mr Chopra.

The company is setting up a manufacturing facility for two wheelers at Baramati in Maharashtra. The manufacturing plant worth 30 million Euros will have an initial capacity of 1.5 lakh units. The company plans to double the capacity by mid 2013. 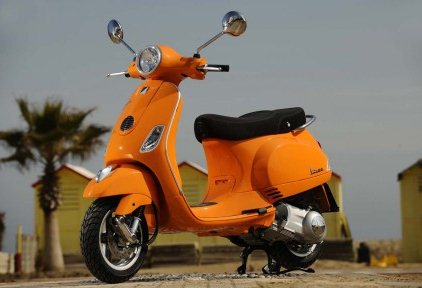 The company manages to sell about 1,000 units annually in India which is expected to climb a slope. However, we should keep in mind that now is the time that other two-wheeler giants like Yamaha, Honda, Ducati and Suzuki are also getting their superbikes to India.

“The feasibility study will take a couple of months. If we go ahead, investments will not be a constraint,” said Mr Chopra indicating that the Indian motorcycle market is a big opportunity for any company even with the highly competitive nature. Mr Chopra said with high confidence that the Vespa brand has the capacity to slice into the market share of the scooter segment which is currently ruled by Honda, TVS and Hero MotoCorp. The company plans to bring a wider range of scooters in India after the launch of the 125cc Vespa LX125 in 2012.