Mahindra is a brand known for tractors, trucks and passenger cars. The company might not have been very successful in the two-wheeler segment in the Indian market but we shouldn’t forget that they own Peugeot motorcycles. In a recent video shared by Anand Mahindra on his social media handles, it is revealed that Peugeot has launched their new three-wheeler Maxi Metropolis Scooter in France.

While looks might be subjective, in terms of practicality, this three-wheeled maxi-scooter named Metropolis has some really spacious seats, below which, is a 339cc four-stroke, liquid-cooled, single-cylinder engine, which helps this scooter produce 35 bhp of power and 38 Nm of torque. The power figures might be impressive for a scooter, but when you factor in its massive weight (280 kilos), you might realize that it needs all of that hauling power to move forward with some pace.

The main reason behind this weight is the 50-litres storage space underneath the seats, and also a 13-litre fuel tank which even some of the modern-day motorcycles don’t get. To carry the weight, this scooter comes with two 13-inch wheels paired with twin 230mm discs on the front and a 14-inch wheel paired by a single 240mm disc on the rear. Also, we get ABS as a standard safety feature. This surely makes the Metropolis heavy, yet very practical urban scooter from Peugeot. 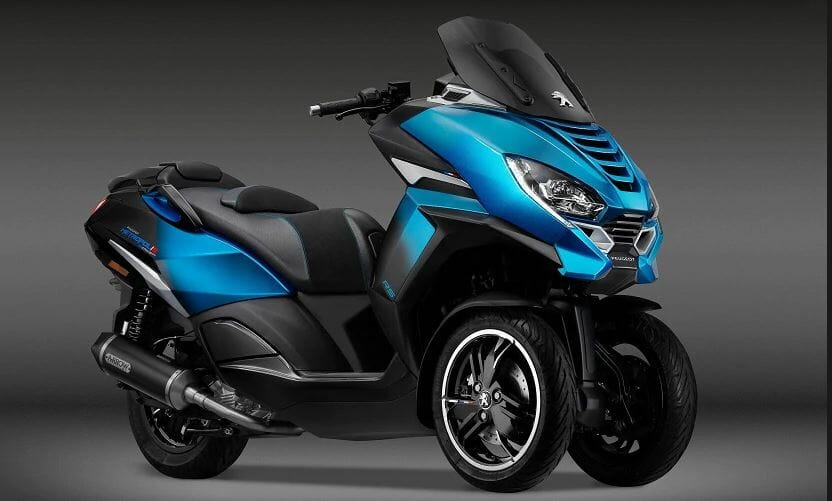 In India, the first thought which comes to our mind after hearing the word three-wheeler, is a typical auto rickshaw. But in global markets, there is a little room for a three-wheeled scooter, but it is quite small.

Lastly, talking about the price and Indian availability, the current price of this three-wheeler, roughly translates to INR 8.5 lakh. When you factor in the level of performance it has on offer, the price tag seems quite hefty. One can get a middleweight streetfighter in this price, take the recently launched Kawasaki Z900 for instance. For now, we might drool over the pictures of this maxi scooter and want it to arrive in India, but practicality and affordability will take a back seat. The reason why we think it won’t be such a good idea to bring it here. So long, Peugeot Metropolis!