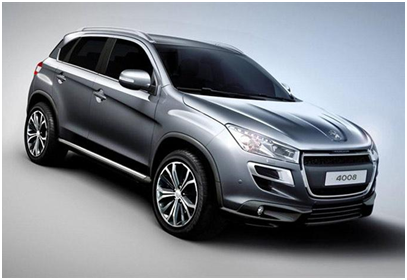 Peugeot recently unveiled the 4008, an SUV that completes Peugeot’s range of vehicles “suited to the various expectations of all-terrain customers,” according to the car manufacturer.

There is a wide range of engine options with as many as four engines to choose from – a 1.6-litre petrol that belts out 114bhp, a 2.0-litre petrol with 148bhp, and two more motors that burn the sticky fuel, a 1.6- and a 1.8-litre with power rated at 110bhp and 148bhp again respectively. However, for European markets, only the diesels are being offered, both of which are mated to a six-speed manual gearbox as the standard option.

Unlike what is the norm these days, the 4008 will be offered in only a 4×4 (4WD) format in Europe, along with a system that features three selectable driving modes, including a 2×4 (2WD), a 4WD and the ‘Lock’ option. Entirely based on the platform of popular 4007, in the Peugeot 4008, the front and rear overhangs of the vehicle are shorter by 300mm, and on the same time keeps its predecessor’s long wheelbase and wide tracks to maximise cabin space.

Externally, features of the new Peugeot 4008 include aftermarket-like and aesthetically appealing 18-inch alloys, a tastefully done vertical grille, bold and flared wheel arches, sill protectors and as with all the upmarket vehicles these days LED daylight running lamps that in words of marketing guys “complement the headlamps”. On the inside, the cabin gets a full glass panoramic roof, a touch-screen navigation system and a reversing camera too. Pricing for the Peugeot 4008 variants was yet to be announced at the time of filing of the story. 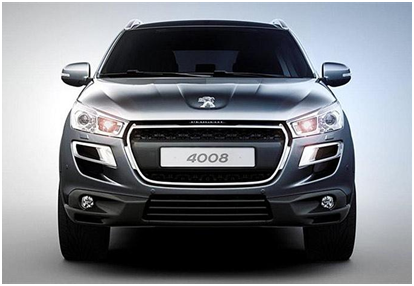