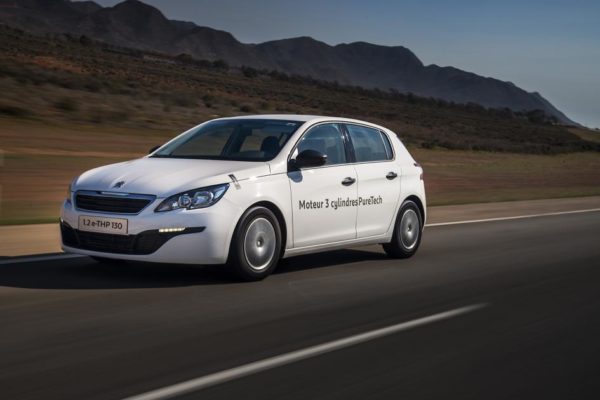 The Peugeot 308, which is powered by the new PureTech 130 bhp 1.2-litre turbo petrol engine, has posted a fuel economy record by achieving a fuel efficiency of 99.1mpg and 1124.7 miles on a full tank of fuel.

This performance was achieved at the Almeria circuit in Spain and was officially witnessed by the authority UTAC (Union Technique de l’Automobile, Motocycle et Cycle). A Peugeot 308 (six speed manual variant) was driven for over 32 hours to consume the 51.4-litre contents of its fuel tank. In doing so, the 308 set a new record for fuel economy and distance driven on a single tank of fuel.

The PureTech engine that powers the car boasts of a compact design, is powerful and is highly-efficiency. This technology includes high-pressure direct injection (200 bar) of the fuel system and a new generation high performance turbocharger (turning at 240,000 rev/min), representing a real technological breakthrough. When specified in the new 308 – the most compact and lightest car in its segment – this engine can fully express its dynamism and exceptional fuel economy.