We reported last week about new product from Jaguar Land Rover Special Operations. Now, new details about the new project have surfaced from a press release published by the company. The latest cat to step out of the production facility is a fully road-legal two-seater roadster named Jaguar F-Type Project 7. 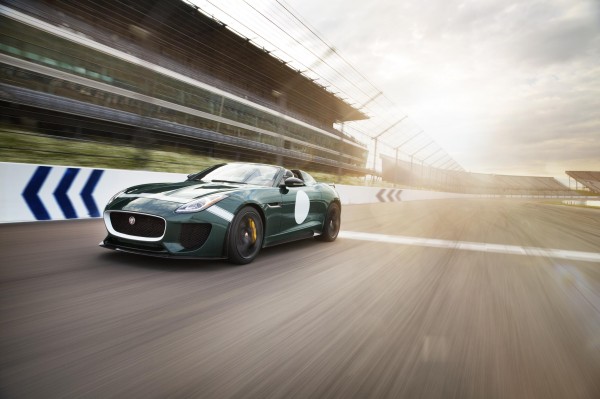 Schedueled for an official unveil at the Goodwood Festival of Speed, the F-Type Project 7 stays true to the design ethos of the Project 7 concept unveiled in 2013 – which paid homage to Jaguar’s seven Le Mans wins – including the distinctive D-type-inspired fairing which in 2014 is celebrating its 60th anniversary year.

Expressing his views on the F-Type Project 7, John Edwards, Managing Director, Jaguar Land Rover Special Operations said, “Special Operations exists to develop a suite of products and services that enable our most discerning and enthusiastic customers to indulge their passion for our cars. F-TYPE Project 7 is a perfect example of one such product. It’s the most powerful production Jaguar ever built, and pays homage to Jaguar’s seven outright Le Mans victories with distinctive design cues inspired by the Jaguar D-type which celebrates its 60th anniversary this year”. 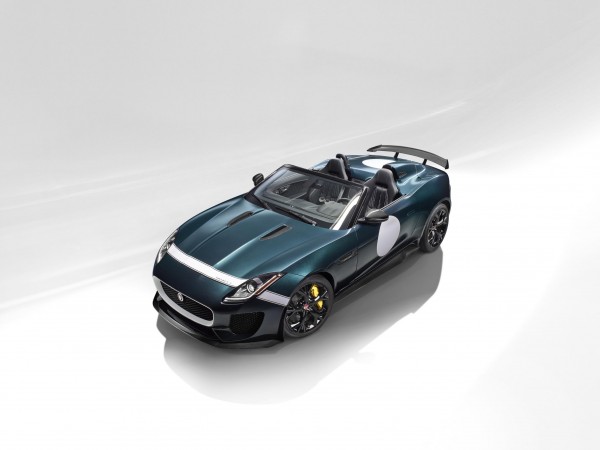 F-Type Project 7 is the first Jaguar performance vehicle from Jaguar Land Rover’s Special Operations team, and will be produced in an exclusive, limited-edition run of up to 250 units. British manufacturer says that the F-TYPE Project 7 is the fastest and most powerful production Jaguar ever built.

At the heart of the new F-Type Project 7 is a 5-litre supercharged V8 engine that produces 566bhp of power and 680Nm of torque which, the company claims, can propel the F-Type Project 7 from naught to 100kph in 3.9 seconds with an electronically-limited top speed of 300km/h. Power is clubbed with the rear wheels via Jaguar’s eight-speed Quickshift transmission and second generation Electronic Active Differential (EAD). 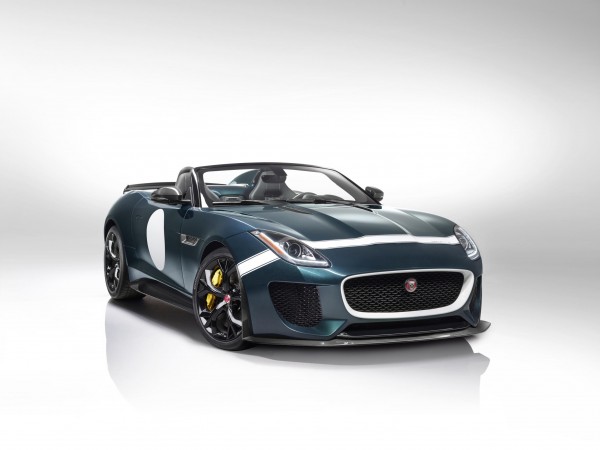 All this power needs some really potent stopping power. Doing that job in the F-Type Project 7 Carbon Ceramic Matrix (CCM) brakes that are fitted as standard which the company claims, offer powerful, consistent, fade-free braking. Jaguar’s CCM brakes feature a pre-fill system function that applies a low brake pressure to all four calipers when the throttle is released – and before the brake pedal is pressed again – to ensure consistent brake pedal feel. 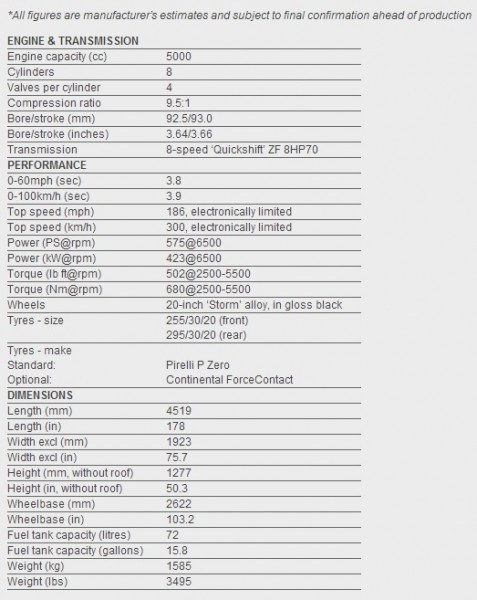 Stay tuned into Motoroids for more updates on the  2014 Jaguar F-Type Project 7. Do let us know what you think of this new, most powerful Jaguar.