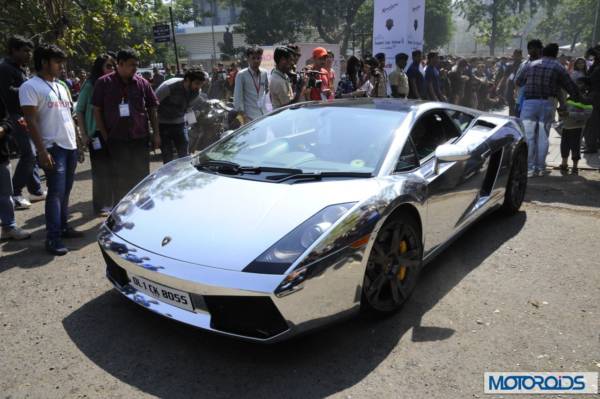 Parx Super Car Show 2014 took place this Sunday in Mumbai. In its sixth edition, the Super Car show saw a big line-up of supercars from makers like Ferrari, Lamborghini, Aston Martin and Bently among other. Organized by the Super Car Club (SCC), the event was free for any and everyone who wanted to have a look at the exotic congregation of cars.

Here we have the official release and the official set of images from the event. We will soon follow this up with our own report and much bigger image gallery from the show. 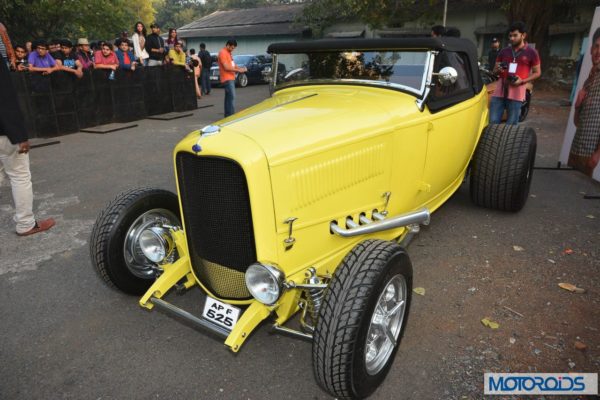 Mumbai, January 12, 2014: The sixth edition of India’s only super car show, Parx Super Car Show 2014 powered by Omkar, took off to a thundering start with thousands of enthusiastic mumbaikars vying to catch a glimpse of the amazing American Hot Rod – Rebel and the astounding Aston Martin Rapide S driven in the city. This automobile extravaganza organized by the Super Car Club (SCC) also showcased a fabulous array of Ferrari, Mercedes, Lamborghini, Aston Martin, Bentley, Rolls Royce, Porsche, Audi and BMW super cars at Vidhan Bhavan parking lot in south Mumbai. Entry was free for everyone who wanted to catch a glimpse of the most exotic, rare and fastest super cars in the country. 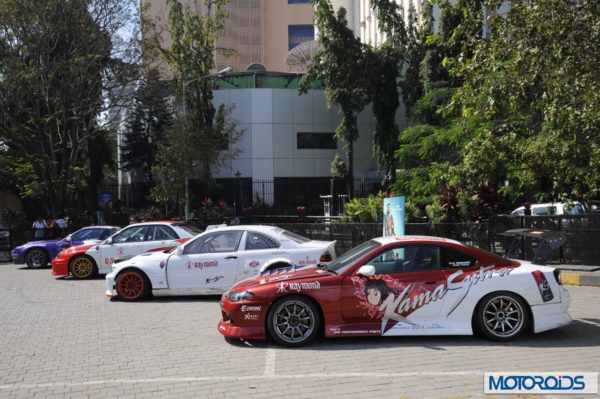 Gautam Hari Singhania, Chairman & Managing Director, Raymond Limited and Founder & Chairman of Super Car Club (SCC) led a sleek line-up of super cars from south Mumbai to the junction of Bandra Kurla Complex via the Bandra-Worli sea link and back. The car enthusiasts were awestruck lining up across the entire route to cheer and witness the roaring machines being driven on the city streets. Babulal Varma, Managing Director, Omkar Realtors & Developers Pvt Ltd. was also present on the occasion. 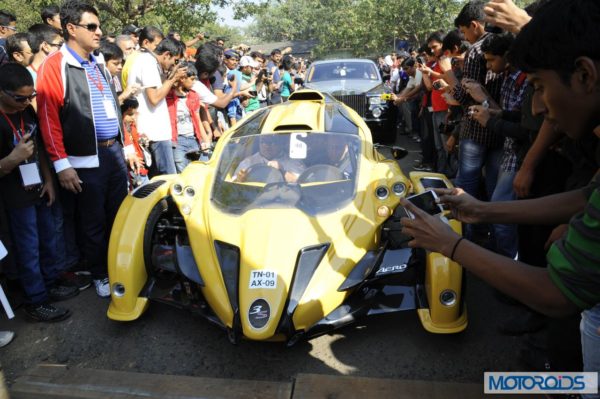 Mr. Gautam Hari Singhania, Chairman & Managing Director, Raymond Limited and Founder & Chairman of Super Car Club said, “Parx Super Car Show always has the tradition of bringing together the most elite class of super cars making it the biggest super car event in the country. We are delighted to see all super car enthusiasts across the city coming in large numbers to see the sensational American Hot Rod – Rebel and the Aston Martin – Rapide S on the road for the first-time ever in India at the sixth edition of Parx Super Car Show 2014. We are confident that this tribute to the power of luxury offered every car enthusiasts in Mumbai an opportunity to witness the brigade of the most exotic and rare super cars driven across the city thus bringing a smile on their face while watching the world’s most talked about adrenaline pumping marvels.”

The American Hot Rod – Rebel on display is a 1932 Ford, which has been restored in house in Bangalore. All the parts of this vehicle on display were sourced from various parts of the world online. The car has a lot of Chrome element in it which makes it look even more attractive. This Super Car has a Chevrolet V8 engine with 500 BHP and has a top speed of 200 Kms / Hour. 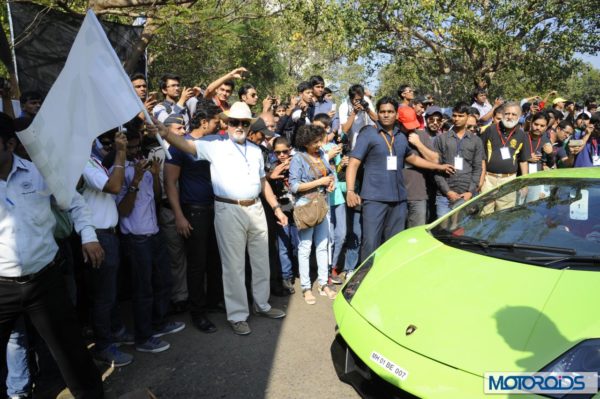 Commenting on their association, Mr. Babulal Varma, Managing Director, Omkar Realtors & Developers Pvt Ltd. said, “Our upcoming marquee residential development Omkar 1973, Worli is partnering with Parx Super Car Show 2014 to acknowledge and celebrate the sporting and leadership spirit of super achievers from various walks of life. Their choice of cars and zeal to come together for this event is reflective of highest standards in fine taste which our brand too stands for.” 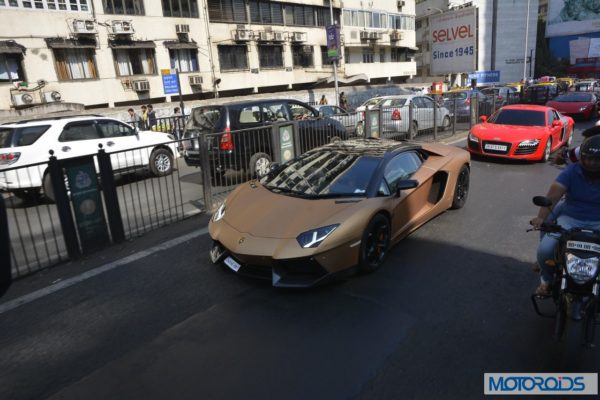 The first and the only Club for super car owners in India – Super Car Club (SCC) is the brainchild of two diverse individuals united in this common passion. The Super Car Club, a members’ only Club has Mr. Gautam Hari Singhania, CMD of Raymond Limited as its Patron & Founder and Mr. Hormazd Sorabjee, Editor & Publisher of Autocar India magazine as its Co-Founder.

The founding year of SCC, 2009 was an exciting event-packed year, comprising get-together and exclusive track days, at the most prestigious locations across the country to allow owners a chance to truly experience their cars’ performance. Also, the Club organized a large super car show in Mumbai for the city to breathe in the super car flurry. Since then, the activity calendar of SCC has only become busier and its spread nationwide. The members’ base has now almost quadrupled within three years of SCC’s inception. Its members today span the country and the Club has Chapters in New Delhi, Hyderabad, Bangalore and Chennai, in addition to its base, Mumbai. Today, SCC has to its credit over six large super car shows, numerous drives to exotic locations and even larger number of super car displays.